When Overdrive celebrated its 50th anniversary in 2010-2011, we launched OverdriveRetro.com to post images and stories from our past, and to publish memories from current readers about the old days.

One of the entries we posted was a link to a great trucking film, “Singing Wheels.” It’s a treasure of old trucks and truckers, dock and highway scenes, and more, packaged with the hype and patriotism of the early 1940s. I didn’t know anything about its background, but thanks to reader D.D. Norman of California, I know a lot more. Norman writes:

“I confirmed that the film was funded by Fruehauf Trailer Company, in particular Roy Fruehauf.  And I located a newspaper article that pinpoints the production year as 1940.”  The article appeared in the Spokesman-Review of Spokane, Washington on December 8, 1940 and reads:

“Singing Wheels,” which presents the far-reaching services of motor truck transportation and its inter-relationship with every phase of the country’s social and economic structure, as well as its part in national defense, is being presented by the motor truck committee of the automobile manufacturers’ association.

One of its features is the song, “Singing Wheels,” which originated out of the harmonizing of truck drivers at roadside stopping points. 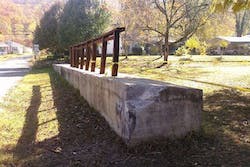 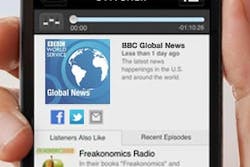 An easy way to stream your favorite talk shows 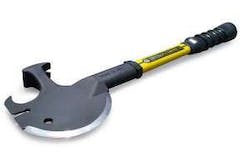 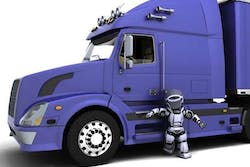