One good thing the fiscal cliff legislation accomplished for owner-operators was an extension of depreciation tax breaks. Had no action been taken, the terms would have reverted to limits that would have left little flexibility in using depreciation to manage income taxes.

If Congress hadn’t made this change for 2013, it would have reverted to an old limit of $25,000 per year. This would have been, in effect, one of many automatic tax increases that was causing much of the hand-wringing under the fiscal cliff scenario.

What the recent legislation did, Ohlen says, “was give us back the tools for manipulating depreciation to help us out so we can try and adjust income as best as possible over multiple years.”

That manipulation usually means that a single-truck owner-operator doesn’t need to take advantage of the much higher levels and accelerate most or all of the cost of an expensive truck in the first year or two. Depreciation that aggressive would leave nothing left to write off for the next few years, meaning some high tax bills.

One significant benefit of the Section 179 provision is that the equipment does not have to be new. What is restricted to new equipment is another important part of the fiscal cliff legislation — the 50 percent bonus depreciation, which was extended. It allows writing off half of a purchase of any business equipment in one tax year.

This could benefit fleets, even small ones, when truck spending in one year exceeds the $500,000 limit of Section 179.

If you’re unsure about how the tax consequences of a major equipment purchase from 2012 or one planned for 2013, your tax advisor can help you plan a beneficial depreciation strategy.

ALSO, YOU WON’T BE RELIEVED to know that this legislation, the American Taxpayer Relief Act of 2012, doesn’t relieve your self-employment tax. ATBS estimates that an owner-operator running about 110,000 miles a year and netting $50,000 will see that tax rise about $1,000. 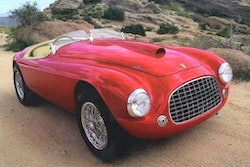 The story behind a song 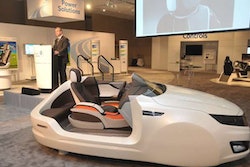 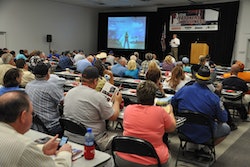 You can be a change agent