A new distracted driving report confirms what truckers know intuitively and expands upon what other studies say: Hands-free communications technology is just as distracting as hands-on. 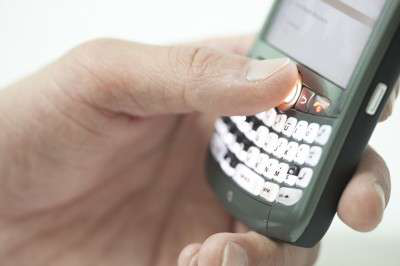 Getting away from hand-held cell phone use doesn’t solve problems with distracted driving.

The study was released by the AAA Foundation for Traffic Safety. It’s based on lots of surveys and included drivers wearing geeky headgear with electrodes measuring brain activity.

When compared with other diversions inside the car, “interacting with the speech-to-text system was the most cognitively distracting,” the report said. “This clearly suggests that the adoption of voice-based systems in the vehicle may have unintended consequences that adversely affect traffic safety.”

Hardly what the public thinks. Seven out of 10 people believe using hands-free devices is “somewhat” or “much” safer than using handheld devices while driving, says another  study the foundation has been citing in conjunction with this topic.

The stakes are big. More than 3,000 people are killed, and almost a half-million injured, in accidents due to driver distraction. Many of those cases are related to a cell phone. As the foundation notes, these numbers could be underestimated, since it’s often difficult to document distraction factors after a wreck.

Now back to “cognitively distracting.” Use of communications technology often produces what the study calls “inattention blindness.” This means your eyes get it, but your brain doesn’t. The braking or swerving to avoid a wreck comes too late, if at all. A voice-based system can free your hands, but they remain on cruise control.

Driver attitudes toward talking or texting on a cell phone fall into the “do as I say, not as I do” category, based on surveys the AAA Foundation cites. Not surprisingly, these same hypocrites are also fond of other risky behavior, such as speeding and aggressive lane-changing.

A commenter on the Washington Post site notes that penalties for drunken driving are getting more severe (I’d say not enough, given the thousands of deaths and irresponsible behavior), but distracted driving penalties are treated as wrist-slappers. Another person offered an explanation: It’s the drunks who are perceived as the bad guys, the other guys. The cell phone addicts are the good guys, us.

Given such faulty reasoning and sloppy emotionalism that fuel certain safety initiatives, that’s not likely to change any time soon. Instead, we’ll continue to see countless dollars and man-hours poured into CSA minutia that have nothing to do with driver behavior, even though the 600 or so annual truck-related fatalities amount to only one-fifth of the fatalities linked to distracted driving.