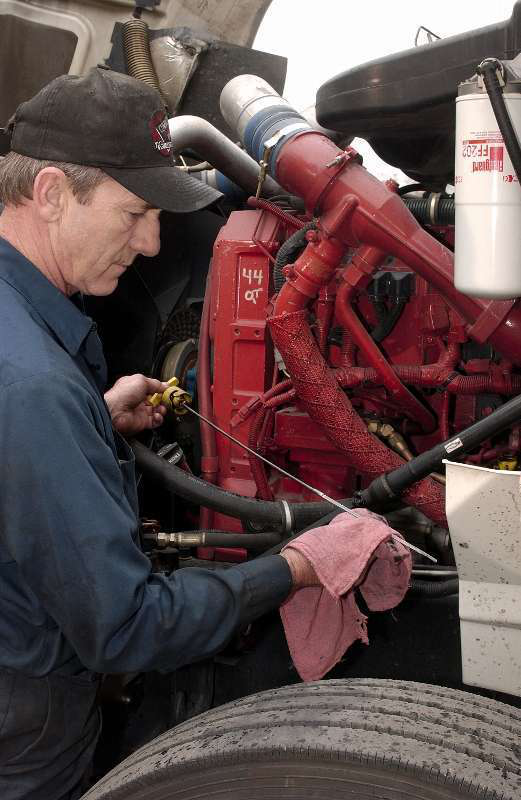 Oil analysis can save thousands of dollars by alerting you to emerging engine problems.

When I started in the industry, it was common to change your engine oil every 10,000 miles. Engines were mechanical, nothing electronic about them, so the only thing that controlled how much fuel went into the cylinder was your right foot.

The excess fuel would wash past the rings into the crankcase and dilute the oil. It was hard on rod and main bearings, and that’s why we used to roll in a new set of bearings every 250,000 miles.

Electronic engines don’t overfuel, so we no longer have to worry about fuel dilution in a healthy engine. Bearings last as long as cylinder kits or longer, and we now change them as part of an in-frame.

Unfortunately, our thinking about oil hasn’t evolved as much. When I ask people how often they change their oil, the most common response is 15,000 miles. When I ask why, I get nothing but blank stares or “the manufacturer says I should” or “that’s what my friend told me to do.”

At any point of potential oil change, the oil is either clean enough to keep using it or dirty, already causing damage, so you better get it out. There is a much better option: oil analysis. Instead of choosing some random number of miles and changing oil, you could do oil analysis and not change the oil until it really needs it.

If you normally drain at 15,000 miles, instead take a sample at 14,000 and find out the oil’s condition. The lab will test for wear metals, including iron, copper, lead, aluminum, chromium, etc. This tells if components are wearing out and which component it might be. Lead and copper together indicate bearing wear, while iron and chromium together could mean cylinder and ring wear.

The test also will show if the necessary additives are present in the correct quantities and if contaminants – such as fuel dilution, soot, water or coolant – are present in dangerous quantities. Finally, the test will show the oil’s physical properties, such as viscosity, total base number (TBN), oxidation and nitration.

That information also allows you to correct budding problems before they cause damage. When I read an oil analysis report indicating fuel dilution and ask the owner whether the truck is running OK, the answer is usually yes – yet the analysis points to fuel dilution. This usually is caused by a failing injector; if that goes unrepaired, it will cause excessive wear metals and bearing failure.

Coolant intrusion is another problem that can go unnoticed but is detected easily with oil analysis. Coolant in the oil will strip out the zinc and cause high wear metals and ultimately premature engine failure.

The bottom line: A $30 oil sample could prevent a $15,000 engine overhaul. It’s time to stop changing your oil and start changing your thinking.