Forgetting a parking place and other highway goofups

Have you ever walked out of a truck stop and realized that you don’t exactly remember where you’re parked? I imagine that’s not too far-fetched, especially after you’ve been in a few gazillion truck stops, and maybe it’s dark, you’re starved for sleep …

Anyway, if it’s happened to you, you’ve got something in common with most four-wheelers. In an insurance.com poll, more than half of drivers say they’ve forgotten where they’ve parked, making it the most common driving embarrassment. 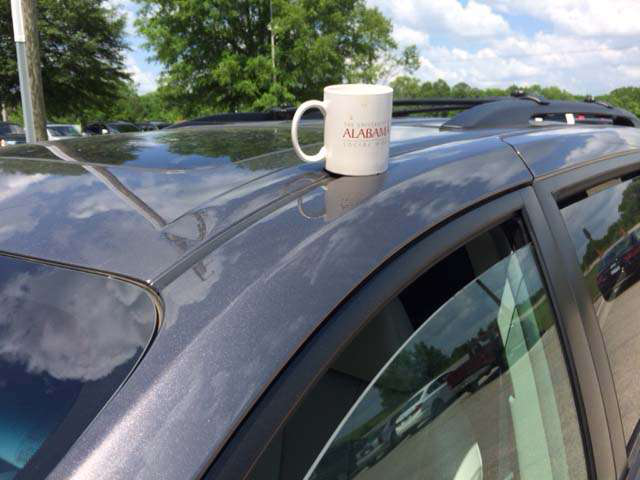 Three in 10 people admit to driving off with a drink or other object on top of their vehicle.

My family once drove off and left our dog at a scenic overlook along Little River Canyon in north Alabama. Once I got to the next overlook, I  returned and found Toots, who fortunately decided not to go hang-gliding. That puts me on par with No. 16 on the list: Forgot a passenger and had to go back: 8 percent (men: 11 percent; women: 6 percent).

I recall friends who, though normally very conscientious, came home from a Sunday outing with their three kids, unloaded the car and took a nap. Only upon waking did they discover their newborn, still in her carrier, left on the car’s trunk.

When asked what mistake was most embarrassing, drivers age 25 to 54 say it’s going the wrong way down a one-way street. Yes, I recall how that maneuver throws the adrenalin pretty quickly into high gear (I did it once with a car full of my colleagues in pre-dawn Dallas), making it memorable.

Drivers age 55 to 64 say the most embarrassing is locking their keys in the car. Drivers over 65 say it’s driving away from the gas pump with the nozzle still in their cars.

So comment below – what’s your most embarrassing driving incident?

And if you’re curious about the whole list from the survey by insurance.com, an insurance shopping website, here it is:

7. Couldn’t back out of a parking spot because other cars or objects were too close: 27 percent (men: 21 percent; women: 33 percent)