There are countless fleets, big and small, that can trace their roots to an owner-operator who saved his money, gulped hard, and bought a second truck.

It’s the American dream: The sky’s the limit for someone with smarts and a strong work ethic. That scenario lives on in trucking, though it might not be as alive and well as it used to be.

Overdrive’s annual population studies of for-hire owner-operator businesses where the owner still drives show that the average fleet size was 1.66 trucks in 2001, before the ’01 recession set in. Since the more recent recession, there’s been a steady decline – from 1.56 in 2008 to 1.40 in 2013.

“Fleet size is decreasing as individuals establish owner-operator trucking businesses that are typically one-unit fleets,” says Chris Brady, head of Commercial Motor Vehicle Consulting, which conducts Overdrive’s study. Most of the new establishments are leased operations. Since the populations of leased and independent operators bottomed out in 2010, independents grew by only 6,200 (11 percent), while leased operators grew by 15,300 (16 percent).

Will average fleet size ever get back to the 2001 level of 1.66? Brady believes it could. That’s assuming freight demand increases enough, and assuming that demand translates into rates strong enough for owner-operators to afford additional trucks.

Others think structural changes in the industry weigh too heavily against expanding. An Overdrive poll in late 2013 showed half of our readers believe such changes have made it more difficult to get your operating authority and be profitable.

Industry changes since 2001 have indeed made it tough on small-fleet owners. Round after round of emissions regulations have accelerated the pace of rising new-equipment costs. The continuing reluctance on lenders to finance additional owner-operator trucks following the recession has probably contributed to the shrinking fleet ratio, says Todd Amen, head of financial services provider ATBS. “But I do hear money coming back into the business and they will start financing second trucks,” he says.

Buying a second truck always was always fraught with the many hassles of becoming an employer. That transition is even more of a head-banger now with the Compliance, Safety, Accountability program. As Overdrive’s Todd Dills has documented, under CSA independents carry the most risk of being inspected and put out of service.

Even with such hurdles, ambitious operators will see opportunities in an ongoing recovery. If you’re one of them, prepare well, especially if you’re getting your authority. Save a sizable fund. Find stable, dedicated shippers to work with. Don’t cut corners on hiring a good driver. Learn about all the regulatory issues you’ll be faced with. You could be keeping the dream alive!

If you want to brush up on the subject, check these three installments from Dills’ January cover story. They address getting your authority, as well as 14 critical compliance duties for an independent.

Sound off below: How hard is it to get your authority and stay in business? 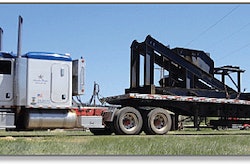 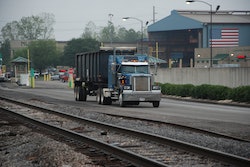 Is the owner-operator a dying breed? 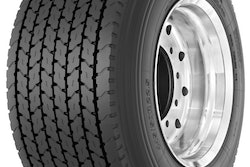