The challenges in today’s market for owner-operators were on full display after Overdrive Editorial Director Max Heine asked this somewhat loaded question on the Overdrive Extra blog two weeks back: “Is the owner-operator a dying breed?”

A grain-hauling owner-op running short local/regional routes broke down business revenue from 2012, for instance, in a comment under the post. The business showed revenue of “$110,000 last year on paper. But after miscellaneous taxes, truck and trailer payments, fuel, tires, insurance, repairs and other expenses we had a profit of approximately $11,000 to support a family of four. That’s rough.” Indeed it is, and others verbally pumped fists to decry the conditions for owner-operators in the trucking industry today — while some of it was clearly little more than piling on with little substance behind it, numbers told the tale of where success seems more and more to be found among operators nationwide. Niche short-haul seems to be where the one-truck independent business retains substantial profitability, depending on the operation.

Take the example of this fuel-additives-hauling operator, who after taxes and expenses netted around $50,000 in 2012, which he considered a fairly good year. And get this:  he was “out overnight” through the year a total of only 58 days and “ran a total of 47,000 miles with a dry van,” giving the operator a profit-per-mile of more than a dollar. He explained his operation this way: “Each trip I have anywhere from 10 to 30 hours of waiting time before I can bring the empty tote tanks back. Sometimes they pump them out while they are in the van — other times I pallet-jack them to the back of the trailer, when they have to be taken out to a ship at anchor to be pumped out. All my loads are hazmat,” and he charges per hour for use of the truck at $50 hourly. “This goes to show,” he adds, “there is money to be made. You just have to find a niche.”

Adaptation to industry change with operational shifts was also stressed. An owner-operator posting as “Job Hopper” put the challenge of managing costs and revenue this way: “I’ve been trucking for 30 years and an owner operator for the last 20. I’m still here because I learned to adapt. I watched many of my friends lose trucks because they looked at the bigger runs. They thought the big check was the answer. My brother-in-law grossed $200,000 three years running and averaged $1.45 per mile and still lost his truck because he had to have a fancy Pete with a 550 Cat… After five years his truck was just about shot.”

For more of the near 100 reader responses weighing in on the current state of the owner-operator business model, digest the comments under Heine’s last post on the subject here. 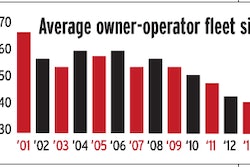 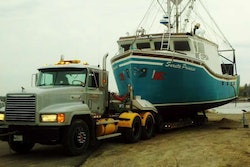 Get your load on! (3rd edition) 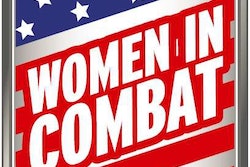 Will young women now have to sign up for the draft?