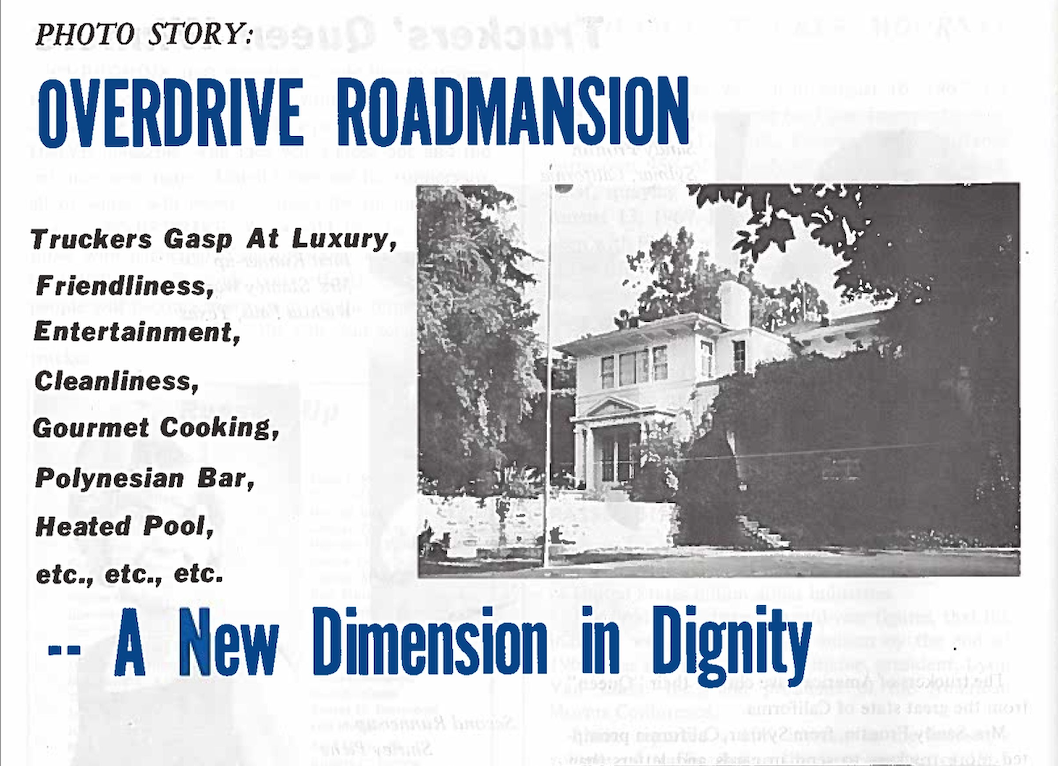 The Roadmansion was one of many ventures outside of publishing undertaken by Overdrive founder Mike Parkhurst.Last week I wrote about one of the quirks of Overdrive’s early years, the Roadmansion. Since then I received lots of good behind-the-scenes information on it from Mike Parkhurst, founder and editor of Overdrive until its acquisition in 1986 by the current owner, Randall-Reilly.

He converted what was formerly the Los Angeles home of actor Robert Stack (known for the TV series “The Untouchables”) into a hotel for truckers in 1967. Parkhurst ran it for more than two years before it was torn down. He provided background in an email: 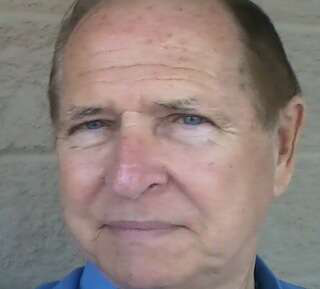 “Hippies had been living in it and it was filthy, with open food cans all over, filth beyond description,” Parkhurst wrote. “There was so much trash in the house and grounds that it cost $2,000 just to haul it away.”

His massive renovation of the home, guest house and swimming pool, some of which is evident in the reproduced Overdrive pages below, included a new kitchen, “a Tahitian bar, a game room (pool table, ping pong table, piano), a library and a dining room.”

“There was a big huge auditorium-like room I made into a movie theatre. We showed 16mm movies that we rented and showed on a big screen.”

“The first chef used to be the private chef for Elizabeth Taylor and Richard Burton. After about 4 months it was obvious he was an embezzler because even the biggest trucker seldom eats 8 pounds of prime rib or steak each day, so I fired him and the next chef [Walter Stewart], a neat, friendly guy, had been the main chef for Lyndon Johnson at his Texas ranch.”

Truckers dined family-style at tables with “linen napkins and tablecloths.” Wine was served with meals.

The daily price of only $11 (or $13 for teams) included lodging, food, bar, and “us picking up truckers from the three truck stops on Alameda Avenue.”

“One of former heavyweight champion Sonny Liston’s fights (against  slick boxer Billy Joiner) was in L.A. and so I let Sonny stay (for free) at the Roadmansion for 3 or 4 weeks as he trained. I had already secured him for my movie Moonfire, so I figured it would be good to have him at the Roadmansion.”

“I don’t remember exactly how much my Roadmansion cost me but it was a monthly loss of about $8,000 for two years. It was never filled. Sometimes there might be only three or four truckers, sometimes 15, but never, ever did the capacity of about 25 guests happen. I didn’t care. It was not created to make money, only give truckers a nice, upscale place to stay.”

Several Overdrive pieces in late 1967 featured the Roadmansion. Here are some excerpts: 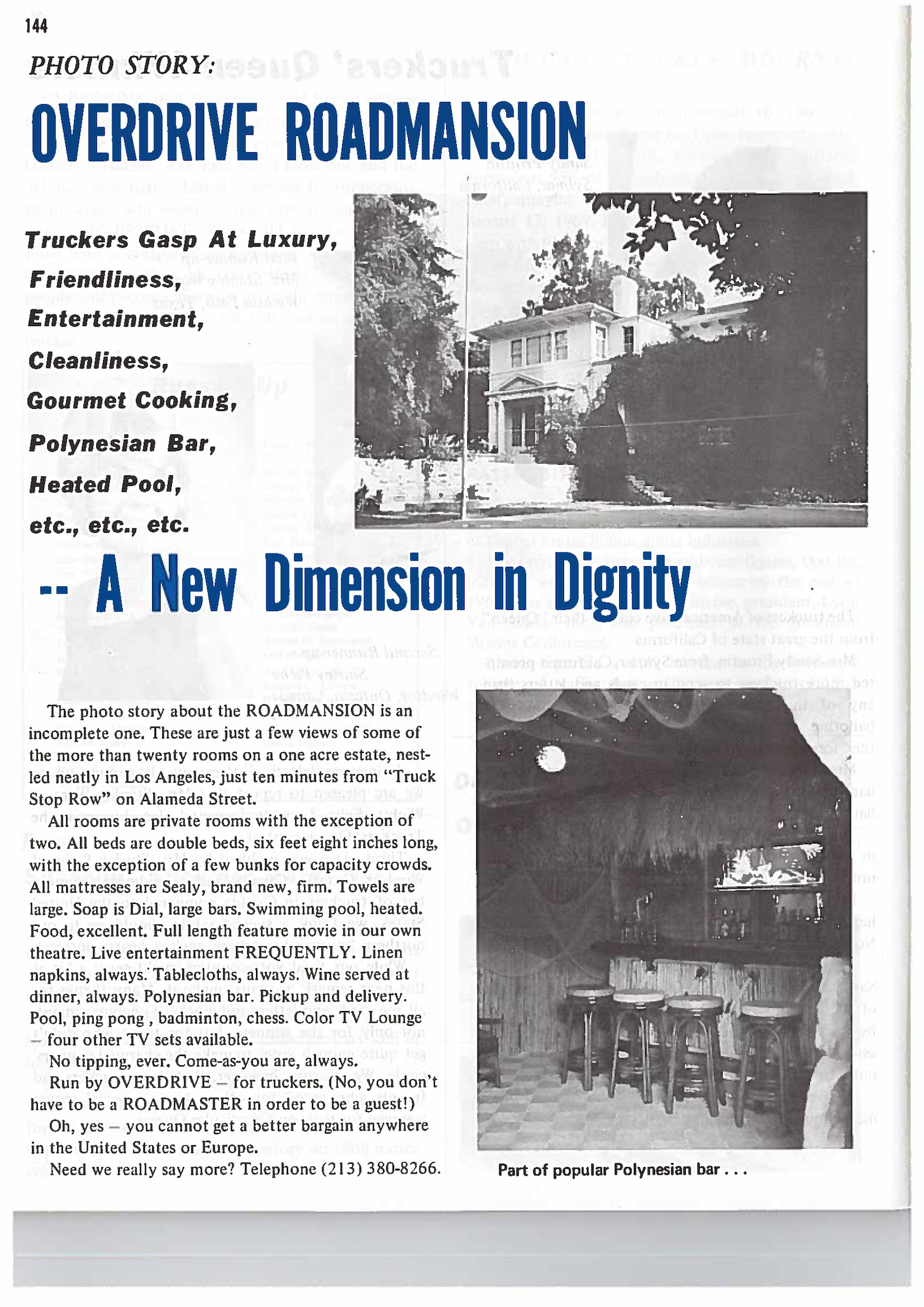 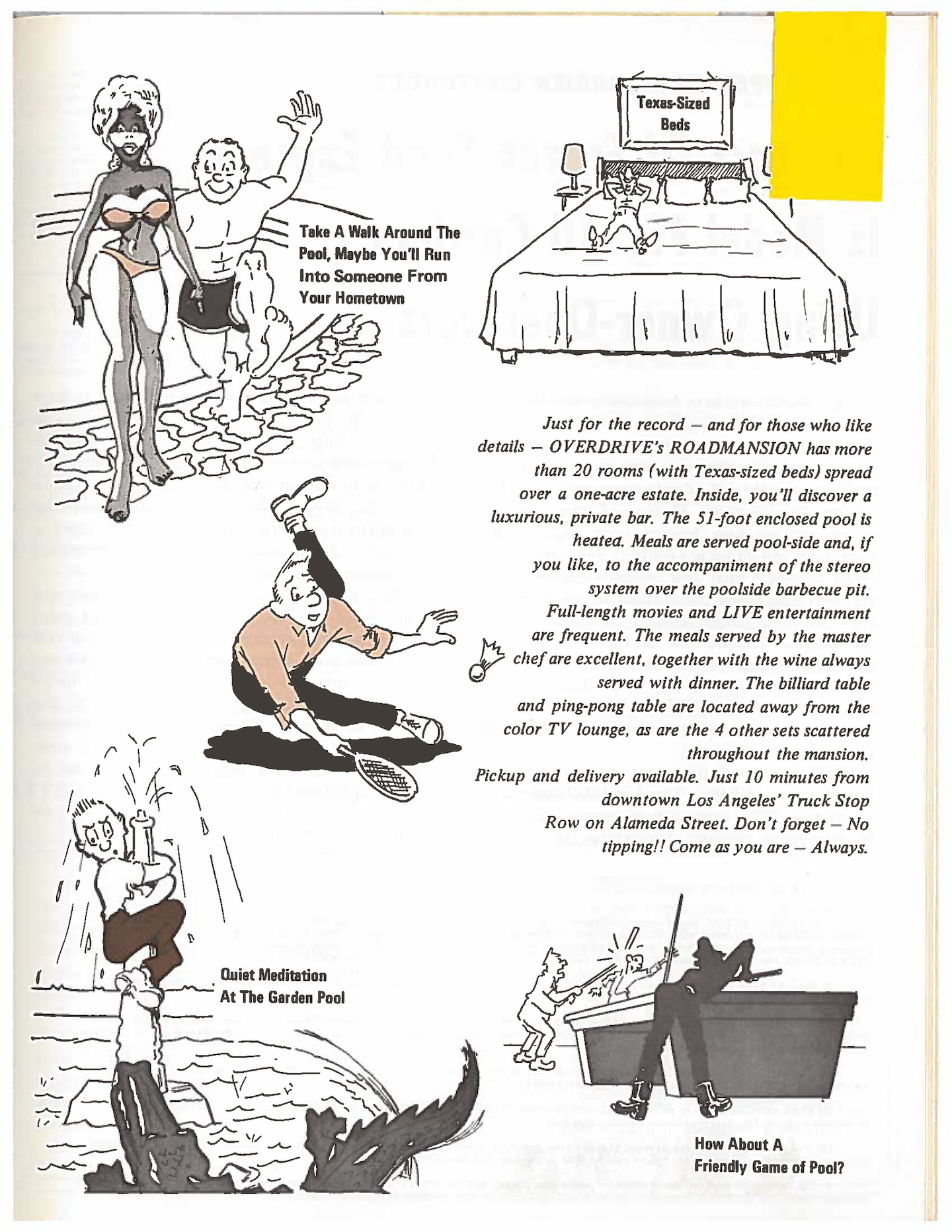 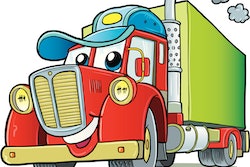