A recent report shows that trucking’s problem with recruiting younger drivers is worse than most realized. According to the study by the American Transportation Research Institute, more than half of the trucking workforce is more than 45 years old. Among private carriers, the median age is 52. Over the last 20 years, the share of drivers in the 25-34-year-old group has dropped by almost half.

It’s long been known that trucking misses out on many prospects due to the ban on interstate heavy-duty commercial driving for those under 21. Many young adults have made career path decisions via education or work by the time they’ve reached that age. Insurance companies also have created some barriers by requiring minimum ages, such as 25, for certain types of hauling such as hazmat or even general long-haul.

There are obvious safety reasons for opposing a lower age for interstate driving. However, the movement toward stricter entry-level driver training could have bearing on the problem.

The Federal Motor Carrier Safety Administration has formed a 26-member advisory committee to deliver the framework for a rule to improve pre-CDL training requirements for truck and bus drivers. It will examine things such as length of classroom instruction, behind-the-wheel experience and how training programs and schools are classified. During its first meeting last week, it formed subcommittees to research some specific topics.

Indeed, more stringent requirements would be good for today’s new CDL drivers. The downside is that more rigorous training will filter out some newcomers entirely, a secondary reason for stricter requirements. For a variety of reasons, some people never would make safe truck drivers, so let’s save everyone time, money and highway carnage by redirecting them early.

The flip side is that some 18-20-year-olds could become excellent drivers. Many of today’s seasoned drivers started driving on farms before turning 21.

Big fleets today already have programs in place that pair new drivers with experienced ones. Combine such programs with the kind of reforms the rulemaking committee will be proposing, amplify them for those ages 18-20, and it could produce the basis for a safe, practical graduated CDL program. The industry could gain more qualified drivers with long-term career potential, while screening out more of those who are better suited to four wheels than 18.

Though the advisory committee isn’t tasked with addressing requirements for a nonexistent group – new interstate entrants under 21 – now would be a good time for FMCSA to seriously start talking about it. 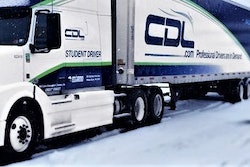 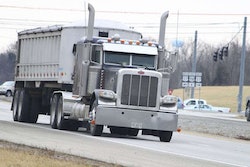