In the curious cocktail created by the technocrats’ fundamentalist takeover of time, coupled with the woeful lack of a freight-centric parking and staging infrastructure for large trucks, many owner-operators, especially load board surfers, are managing to snag record-breaking revenue. A close friend from my own owner-op days, who shall be here known as Manny, began emailing me his settlements a while back. Pretty impressive stuff.

It was nothing for Manny to be pulling in $20K, and he actually cleared this amount and more, after fuel and trailer rent, the month after Hurricane Harvey last year and one other month (the prior sentence was edited from the original to correct a suggestion that Manny cleared this much over more than two of the last 11 months — thanks to commenter Jim McGraw for his questioning, which led to discovering the error). The dude took this home pulling a dry box. His position was that I was a fool to be working, now, as a company driver, for my paltry 50 cents a mile with full benefits. All I had to do was put a decent truck on the road and I could have my old farmhouse paid off in three months.

These indeed are curious times. The constriction of capacity created by the FMCSA’s lockdown enforcement of hours of service regs, and the truncated driving shifts created by late-night parking deserts, which sometimes span hundreds of miles, are forcing drivers like myself to leave two or three hours of available driving time on the table as many nights as not.

If I’m being honest, I’ve become a very lazy and unproductive truck driver while consuming this curious cocktail.

How are you rolling when it comes to use of available hours, however you run? Tell us via this brief series of survey questions:

Meanwhile, though, I’m making more than I ever have. Since going to e-logs, I’ve had three pay raises and an upgrade in benefits. I’m working less and making more. I’ve trained myself to just do my best and leave the rest. Like so many out there, I’m a recovering Superman.

I remember the old days fondly, but would not wish to repeat them. My first produce load was a 4-2 mixer out of Salinas. The broker was C.H. Robinson, their Cincinnati office. It was around ’97. My last pick was Grimmway out of Bakersfield, and they needed me to begin dropping in Indy within 36 hours. I had the horse, and I had the will. There were no illegal drugs involved, just Lucky Strikes, chocolate, coffee and Mountain Dew.

There was a pride in working that hard, though, like when Jack Palance told Billy Crystal and his buddies in the movie “City Slickers” what it was like to bring in a herd. There was a singularity of purpose. I had no umbrage or malice toward Robinson for this. It’s just what we did. I was considered ” a good truck,” and that meant something.

Robinson eventually hit the legal buzzsaw in the case of Sperl v. C.H. Robinson. The smoking gun, among other things, was a rate confirmation with a transit time that was not doable under federal hours regs. The owner-op plowed into stopped traffic and killed some folks. Robinson, after a failed appeal, was  responsible for a $23.7 million judgment.

To their credit, Robinson reformed. Phrases like “legal transit time” would begin leaving the lips of its account representatives with the zeal of converts. The ripple effect of the Sperl v. C.H. Robinson verdict extended to shippers, as everyone in the supply chain became stakeholders in compliance as the phrase “vicarious liability” gained currency.

Trucking companies, in turn, began to clean up their acts. If you wanted to haul direct freight for Fortune 500 shippers, you could forget about promising them 1,000-mile overnight service by your lonesome. The things that made you a “good truck” changed, and changed fast, as the metrics around that concept changed.

Like or or not, trucker friend, it was the trial attorneys who took us there. Fear of litigation had us running so close to compliant that by 2012, it caused an old self-described Florida cracker friend of mine to lament, “There ain’t much call for a good ol’ boy no more.”

So here we are — driving eight or nine hours a day and laying up ten. It seems the pendulum may have swung a little too far in the other direction. Driver, I’ve had to just start taking up hobbies on the road to keep from getting completely depressed. Hobbies! I was perfectly content to drive, eat, sleep, drive, eat, sleep and repeat … until all this came along.

Still, maybe there is a teachable moment. One wonders whether the hours of service should be kept just the way they are — inflexible, unwelcoming, onerous. Maybe we should just keep those rest areas closed in Georgia. If Milton Friedman were still with us, he might advise letting free-market economics achieve the same results.

Hey, I know, let’s take that 11/14 off the table and make it an 8/12! Then we could keep this drive alive. I’m reminded of what an old Pompano Farmers’ Market wiseacre told me years ago: “When Giuliani cleaned up Hunts Point, that’s when the rates went to hell. When you didn’t have to worry about whether you were going to get shot or not, here came Prime and Stevens and them.”

Embrace — I say, embrace — my fellow contrarians, the counterintuitive! Yes, Barack Obama presided over the largest sale of guns in the history of our nation; Donald Trump singlehandedly caused the greatest boon of subscriptions in the history of the New York Times; and Ronald Reagan, upon seeing the television movie “The Morning After,” disarmed more nukes than any Democrat could have dreamed of.

Still, that isn’t what I told Ray Martinez, head of the Federal Motor Carrier Safety Administration. For once, I decided to say what I really thought, and here, agree or disagree, it is. Have you submitted your comments yet? (Comments due by midnight Eastern Time October 10, just extended as of today from September 24.)

Dear Mr. Martinez:
Thank you for your request for comments. I believe the following tweaks would create the broadest benefit for all stakeholders:

1) Expand the 14-hour on-duty limit to 16. It would not disrupt the circadian rhythm, and would reflect a more natural sleep cycle. Example: Try telling a teacher or a mom that they have to wrap things up in 14 hours; you get the picture.

3) Create a new inclement conditions exception that would expand the allowable hours to 13 driving and 18 on-duty, respectively, under certain specific conditions: a) You must show at least two hours in the sleeper berth during this time. b) You must take a full 10 off when your 18 is up. 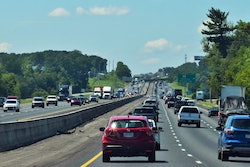 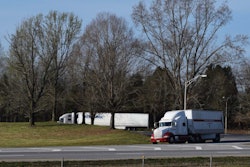