The disconnects of dollars for your ELD data

Our June cover story about the value of data generated through electronic logging devices raises the prospect of owner-operators getting paid for that information.

Mainstream media articles have explored the potential for any individual to cash in on the trail of data left by their spending, web browsing and social media use. Some writers who sold their data found it disappointing – getting pennies, or fractions of a penny. Others found enough to buy a fast-food meal.

For instance, at its launch in 2014, Datacoup offered users $8 a month for access to social media accounts and credit/debit card transactions. Its website illustrations now suggest payouts, at best, in the low two-figure range. More recent startups have widely varying approaches to sharing and compensation, such as Permission.io, Wibson.org, DataWallet.com. and Opiria.io.

Whatever the model, payoffs are usually low largely because an individual’s wide-ranging, consumer-based data needs aggregation with thousands of others to be meaningful. That’s not always the case with the emerging market of ELD data sharing. It involves business-to-business sharing of highly specialized data that in some cases has value on the individual level.

Insurers, for example, like to know more about their clients. The insurance sources in our stories say client data is used only for rate reductions. We hope that stance sticks, though it’s hard to imagine. As the Compliance, Safety, Accountability program demonstrated before its scores were hidden from the public, fresh driver performance data becomes raw meat not only for insurers but for carriers, brokers, shippers and the general public.

The marketplace of data gatherers willing to pay consumers is broad compared to the ELD data niche, yet there is common ground – and some major disconnects. Individuals are considered to own their data, yet marketers and other businesses routinely access it, sometimes with no permission granted. Those commercial interests are making megabucks off the data, yet data owners rarely get even minibucks. There’s a growing awareness that data owners need to assert their rights of ownership, yet how to do so, or precisely what those rights entail, isn’t always clear.

Is regulation needed? Probably, but don’t stake your hopes there, given the speed and effectiveness of regulation versus the speed of change in tech-driven marketplaces.

How all this plays out is anyone’s guess. In the meantime, learn what you can about how your data is handled – ELD and otherwise. Unless you think you’re getting a good tradeoff by sharing your ELD data, opt out of sharing where that’s possible. Sharing to get a generous discount from an insurer you trust is one thing, but think long and hard about whether it’s worth the risk and the paltry price to sell your professional or personal data to an online stranger.

This subject is covered in a two-part series written by Senior Editors Todd Dills and James Jaillet and appearing in the June and July issues of Overdrive. Follow this link to start at the beginning of the online version of the series. 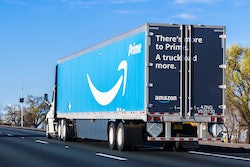 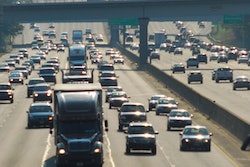