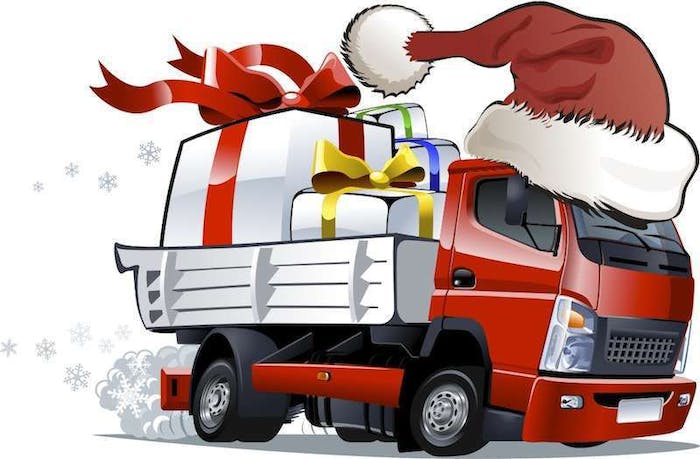 Why do the years fly by faster and faster as I get older? When we were kids, we counted the days from one Christmas to the next. We attempted to will the days and weeks to rush by, wishing time would fly.

Christmas itself was awesome. Not only did we get presents but time off from school, snow days not required. Christmas morning: the one time of year we could wake our parents up early and not get yelled at.

Christmas meant driving our parents crazy on car trips, or playing slug bug just to have a reason to hit your brother on the arm as hard as you could.

Once we finally got to grandmas and grandpa’s house, it meant playing football – in two feet of snow or not — with the cousins until it was time to eat. After dinner, presents, then back outside in the yard or to the garage, because parents wanted a reprieve until it was time to leave. Twenty minutes in the car and we were out until we got home.

Those memories mean more the older we get, even if we did suffer a few black eyes on the football field.

Because now, the time really does fly, and with that the pace of change around us feels exponentially faster.

More and more of us work through the holiday. Shopping and purchasing gifts has certainly gotten easier, in some respects. Though too many of us take little thought or heart in the selection – a choose-your-own-adventure gift card or an order placed online with hopes it gets to the recipient before Dec. 25. And, hey, no wrapping paper to clean up!

As truckers, we benefit from the ease of e-commerce to keep up with the rush demand between Thanksgiving and Christmas Eve. Some of us elect to stay out over the holiday so that those with families and kids can be home. Some of us take our spouses on the road, so neither of us must be alone.

Yet others, as on any other day throughout the year, spend Christmas alone on the road in the cab of the truck, braving the elements and holiday traffic. For some of these, there is no one to go home to.

Trucking can be hard on families; many marriages have died due to distance and time alone. It takes a special breed to sacrifice one’s home life for a career in the service of others. Sure, we get paid, but the price we pay can be much higher. Truck driving is perennially named one of the deadliest professions, this year making it to the top of more than one list.

Trucker fatalities were up last year, and trucking companies have this year been closing at a boosted rate. Still, we plunge ahead, trying to stay safe, trying to make it home in one piece, trying to build the American dream.

But dreams die, ultimately, if you do not take time off to enjoy what you have built.

I hear you saying at this point – Hey Clifford, I thought this was supposed to be about Santa Claus. What gives?

All the truckers I know — who sacrifice and work hard for love, who love what they do – well, every one of those truckers is Santa Claus year-round.

Merry Christmas, my fellow drivers. May the road ahead be clear and dry, and may you always remember and never neglect the gift you have been given. 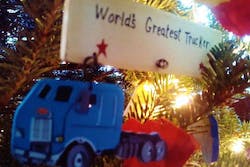 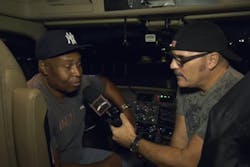 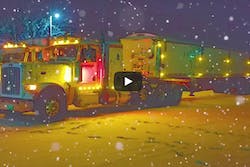 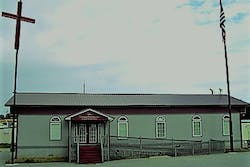