It’s the one that in 2018 made it all the way to the U.S. Supreme Court, with the nation’s high court ruling in early 2019 in favor of Oliveira and owner-operators like him — those who want to sue their fleet over an employment dispute but are locked into arbitration clauses.

The Supreme Court ruled, in short, that those arbitration clauses between fleets and owner-operators aren’t valid, meaning owner-operators can pursue legal claims against carriers via the court system, rather than having matters decided via third-party arbiters.

That wasn’t the end of Oliveira’s dispute, however. That Supreme Court decision only decided that procedural matter — whether Oliveira can sue in court or whether his case would be forced into arbitration.

Oliveira’s original underlying case, the one that prompted his fleet, Prime Inc., to appeal the case to the Supreme Court, was sent back to lower courts to be heard. Now, that dispute appears to be nearing an end.

Prime has agreed to settle the case with Oliveira and a class of drivers who claim they were misclassified as independent contractors and thus denied certain wages and benefits. Likewise, the fleet is looking to combine another similar lawsuit, Haworth v. New Prime, into the settlement.

Prime has proposed a $28 million settlement agreement, aiming to end the two lawsuits that cover some 26,000 drivers.

“Prime is pleased that it has reached a resolution of this litigation matter,” said Steve Crawford, Prime’s general counsel. “We are proud of how we treat our drivers, and we work hard to get it right. Nevertheless, we decided that moving past the litigation was the right thing to do.”

In court documents filed this week, Prime says the settlement agreement was reached after a month of “arm’s length negotiations” with plaintiffs in the case.

The settlement agreement covers all drivers, prospective drivers and independent contractors who worked at Prime – or attended driver training at the company – between October 2012 and May 2020. At least $14 million will be set aside to be distributed in full, with another $14 million available, depending on how many Prime drivers join the class-action settlement. The funds, if approved by the court, would be distributed based on tenure at the company, type of employment and other factors. All members of the class will receive at least $100.

The court still needs to stamp its approval on the agreement, and a fairness hearing will be set for a judge to consider the settlement. The lawsuits have been ongoing since March 2015.

In addition to divvying up the $14 million in funds to former and current Prime drivers, Oliveira and Rocky Haworth will receive $50,000 and $25,000 respectively. 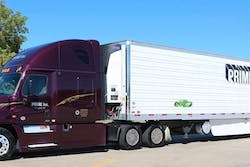 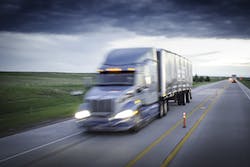 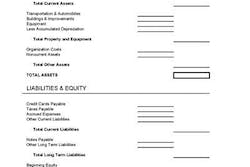 Midyear reset: Get off the treadmill, consider costs, balance sheet 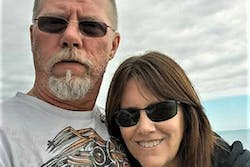 Time is but a vapor — make the most of it