Hotshotter Matt Tabor, owner and operator of the three-truck M&T Conveyors Inc. out of North Tazewell, Virginia, says 2020 has been like “fighting the bear, all around.”

The 37-year-old hauls in a 2017 Ram 3500 pickup and pulls specialized air receiver tanks to construction sites or other facilities that need access to giant air compressors. “Medical grade, food grade, big shops — we take them everywhere,” he said. Tabor’s been trucking for 17 years, and he’s had his own authority for the past seven.

But when the coronavirus-caused shutdowns hit in March and April, much of Tabor’s business dried up, and it’s been slow to come back, unlike some other sectors. “The weather’s had a lot to do with it,” Tabor said when we caught up Wednesday. He runs the eastern half of the country, with a lot of loads in the South, and throughout many recent months “it’s been sopping wet,” he said.

That’s limited some of his hauls, he said, as has going against larger outfits in the load bidding process with brokers and his shipper-direct freight. “These bigger companies just beat us down” on rates, he said.

Tabor’s let his two drivers, owner-operators that lease to him, run most of the available loads “to make sure they’re able to meet their nees” as he’s sat out some, he said. Nonetheless, he’s holding out hope for a strong construction season next spring. Winter’s usually a slower period for his work, and to top it all off Tabor’s Ram is in the shop for a major engine repair after a broken valve fell into a piston and “beat [up] the head,” he said. “So I had to buy a new long block.” 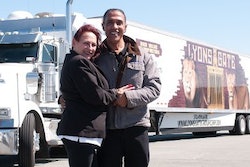 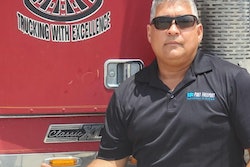 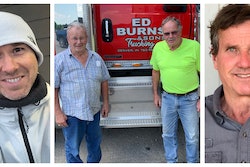 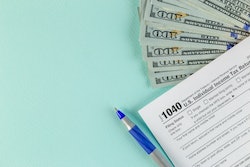