Owner-operator Jose Williams of Yorktown Heights, New York, spent decades leased in the network of United Van Lines before going out on his own as Lyons Gate Group more than five years ago to specialize in blanket-wrap and trade-show-related freight. Needless to say, when the COVID-19 pandemic hit earlier this year, a bulk of his regular customers (including direct shippers as well as specialist brokers) saw business dry up or at best get hit hard. A lot of his did, too, so he made moves to keep busy working load boards and attempting to utilize connections outside his principal specialty for freight.

One of those connections was to a large broker, TQL, he said he’d worked with in past and even fed freight to when he couldn’t cover a customer’s load himself. As business in general freight has picked back up since the beginning of the summer, that particular broker has “been calling me. All these different sales guys.” What he’s told several of them, after the experience of the second quarter, “when the crunch came down,” he said, “you weren’t offering me anything worthy of the work I’ve done for you, the excellent service. You’re trying to stick me with $1 this and 80 cents a mile that.”

A far cry from any sense of loyalty or appreciation he might have expected.

“That’s not loyalty, that’s not partnership — that’s every man for himself when the time comes for it, and I don’t appreciate that.”

Williams made his way without them, coming back to some semblance of normal with his non-trade-show, blanket-wrap customers, but still he had gaps where he had to work load boards and didn’t like the workload of the number of calls he had to make and take. For those unfamiliar areas he’d find himself in, he thought to turn to a young dispatch service after he read about them in these pages mid-summer — SmartHop.

The company was positioning itself, as I wrote at the time, as an at least partially automated dispatch platform and hoped to “be an effective partner to carriers long-term by attracting more freight that pays rates above market averages and by using technology to help owner-operators within the platform make the right decisions for the best efficiency, and at good rates.”

What Williams found initially, he said, was a company “obviously going through some growing pains.” His initial sign-up was followed by promise of a direct contact from the company that never came. Who he did get contacts from? “I’m getting calls from all these brokers, saying, ‘Hey we have your information and … you’re signed up.’ I asked, ‘Does this have to do with SmartHop?’ Yeah, they didn’t tell me they were signing me up with every broker in creation.” He didn’t appreciate all the additional contacts, particularly given his initial interest was sparked by wanting to talk to brokers less. Efforts to reach the SmartHop team still seemed to lead nowhere.

SmartHop head Guillermo Garcia, though, eventually did get to Williams and told me last week that the company had in fact experienced those growing pains Williams guessed at. “The pace and the growth we have experienced made it difficult with him, specifically,” Garcia said. The partially automated nature of the system it had built “has has some limitations or restrictions [related to] his operations.” Williams needed it to recognize, for instance, that loading his trailer with more than a max 33,000 lbs. was a no-go for legal weights, and he preferred a sweet spot around 25,000 lbs.

“We don’t have enough levers to put those restrictions” into play for automation, Garcia said. “We were able to figure out that weight restrictions are something that customers need” to be able to specify.

Among other things. Garcia and company also recognized Williams’ issues with the calls he was getting from brokers SmartHop onboarded him with. Now, “when people come on board, if they’re not already on-boarded with our broker partners … we onboard them,” handling the process for the carrier.

Williams stuck on with the team, hopeful for a single point of contact to deal with brokered loads when he needed them outside his usual customers, which he got. For him, at least, working through the SmartHop system doesn’t appear automated when it comes to dispatch much at all, really, though his account manager there has successfully dispatched him on well-paying loads on a somewhat regular basis since the initial difficulties.

Like some other owner-operators, Williams remains skeptical of automation of business processes as complicated as price negotiation, for instance, even as the “Book Now” option makes its way through all manner of freight platforms, typically as an option brokers can use (including within both major load boards) to offer quick convenience if the price is right.

Beware the power of the digital nudge, said owner-operator consultant and Overdrive Extra blog contributor Gary Buchs, when we talked yesterday. He warned owner-operators to keep it high in the mind when considering such loads. Buchs worries about the human touch removed from pricing, giving owner-operators little option to adequately sell excellent service without first capitulating to the digital nudge of that initial offer price. The convenience of it for some really puts a lot of power in a broker’s hands — it could “eliminate their need to negotiate” with an owner-operator who knows what he/she’s capable of, and what that’s really worth, Buchs said. Brokers might be well more successful when they “just throw the bid out there and ‘we know somebody will take it.'”

As he’s stressed before, though, including at the height of the buck-a-mile blitz back in April and May, owner-operators’ right of refusal on any poorly-priced load remains the best weapon in the arsenal until desperation — your own or another’s — kicks in.

Williams argues personally for a regulated rates floor, but that’s another conversation (and one we’ve all had before).

After SmartHop’s initial coming-out party over the summer, and given hiccups illustrated by Williams’ experience for the most part overcome, Garcia remained confident in the original idea — “our technology is going to get to more freight brokers” and owner-operators participating to effect, he said. Today, “we have partnerships with Redwood, Loadsmart, Uber Freight,” and others that have “been driving good results,” he said. As he told me before, the goal for SmartHop’s dispatchers and the system itself remains to beat the averages on rates, and hopefully aggregate its owner-operator clients into groups for buying power around fuel, equipment leasing and purchasing, and more, delivering savings to users.

Also, generally, putting the interests of the carrier first and foremost. As brokers turn to small carriers to satisfy quickly evolving freight contracts in a freight world thrown topsy-turvy by the pandemic, Garcia hopes SmartHop will be a preferred destination for many.

Williams might well hope the same, and credits the company for responding materially to his feedback, better than he can say for a lot of companies out there, particularly certain brokers. “Character is built not when you’re up, but when you’re down,” he said. “You’ve heard the saying, ‘you find out who your friends are when you’re down.’ Businesses are based on trust. Good work should mean something. You keep the guy that’s really doing the work. You fire the fool who isn’t.” When the crunch hit early in the year, “I saw where the benefit is for all the good work I did for all these brokers out here – nowhere.”

If it’s going to be all-transactional for them, he suggests, he’ll pay somebody else to bother with it. For his longtime regular customers in blanket-wrap (some brokers among them), he’ll keep working directly. 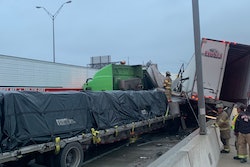 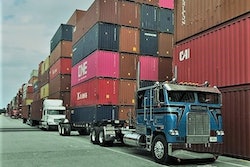 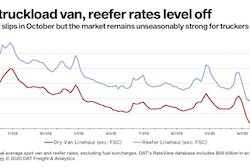