The three finalists in the recent competition for Overdrive’s 2020 Small Fleet Champ award shared a lot in our online panel discussion about mistakes they’ve made and the principles they’ve learned in growing their businesses and maturing as leaders. Senior Editor Todd Dills highlighted many of their key points in his recent recap of that discussion.

I’ve since spoken with the winner, James Davis of JDT Trucking in Central Point, Oregon, who added some detail to the ups and downs of building his fleet over the last decade. It’s grown to 23 company drivers, three leased operators and five others that his dad leases to the company.

During the panel, Davis alluded to a period about 18 months ago where “I got comfortable with having a great staff and everything seemed to be just going good.” Then he realized, “I wasn’t watching the numbers as good as I always have.”

He told me one of the key numbers was operating costs for his shop. “I’d always told the shop not to sit on too much inventory,” especially since they’re close to original equipment dealers stocking all the parts they need. “We were ordering lots of parts and they were not getting installed.”

Part of resolving the problem was rehiring a mechanic who’d moved away years ago. “He’s really good. He orders all the parts,” Davis said. “As far as managing the numbers inside the office, I’ve just got to pay more attention.”

On a broader note, during the panel Davis and finalist John McGee also stressed the need for hard work, and when that work leads to growth, delegating duties before you become overwhelmed. Davis shared with me one other element he believes critical to the success of JDT: how drivers are treated.

“Being one of the guys doesn’t hurt,” he said. His drivers see him get behind the wheel for the occasional load. If Davis springs for the lunch tab when he’s out with another driver, “it gives them a smile.”

“Being down to earth has been a huge success,” he said. Likewise, “giving the guys kudos when they deserve kudos, how you train them, how you speak to them.”

Overdrive will do a longer profile of JDT this fall. In the meantime, in these video excerpts from the panel (below), you can hear Davis, McGee of John McGee Trucking and Evan Guckien of Ed Burns & Sons highlight business principles they’ve found most valuable.

Also, small-fleet owners out there: What have been your biggest challenges in growing a business? The biggest mistakes you’ve learned from? Comment below. 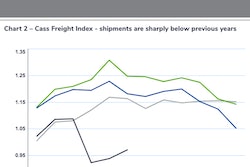 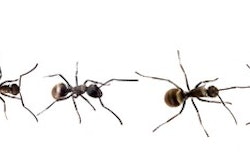