In this edition of the Overdrive Radio podcast, Trucker Nation's Andrea Marks voices what she says might be "unpopular" opinions about the Federal Motor Carrier Safety Administration's new Entry Level Driver Training regulations, in effect since early February. Marks, also involved in the small fleet operations of her family's small trucking companies pulling livestock from a Colorado home base, calls herself a "huge proponent" of the new regs -- she thought much of the trucking world, including owner-operators, was with her there.

Yet there’s a strong undercurrent of antipathy to the regs among some drivers and owners – of a couple of different flavors.

[Related: 'Not really what we need': Training regs may miss the mark, but this small fleet's doing it right]

One argument says the training regs don’t go far enough. They don’t mandate for trainers and trainees a specific amount of behind the wheel instruction in the form of a number of hours to meet, for instance. Rather, the regs base assessment on proficiency, on a trainee’s ability to perform the tasks required. The regs do mandate that behind the wheel training be a part of any trainer/trainee’s curriculum, though the time required can vary by program or, necessarily, by student.

The second argument is something of the opposite -- that the new regs put too much formalization on a process that has traditionally been a more informal, learn-on-the-job apprenticeship type of training, particularly for many in the small-trucking community across the nation. Those who criticize the Entry Level training regimen this way worry that apprenticeships are on their way out the door. Regular listeners will recall the Overdrive Radio interview with Harry Smith of Ralph Smith Company of Utah, several weeks ago, that showed the opposite: That small fleet fully intends to continue its own private, in-house apprenticeship training effort, very much of the old-school variety, with new procedures in place to conform with the new rules.

At the same time, with a couple trainees in progress as of late January, the folks at Ralph Smith Co. were moving rather quickly with hopes of getting those trainees through the entire process before the early-February training rule deadline, after which the company would have to comply with numerous new reporting and documentation requirements. Avoiding added processes and paperwork is certainly understandable, but it also feels like a bit of acknowledgement that some aspects of the old-school model just don’t fit the new rule, at least not exactly, anyway.

In the push and pull over regulatory influence, Marks emphasizes, more engagement in regulatory processes, including comment-period participation, is needed to ensure influence on the evolution of trucking -- the training rule perhaps provides a case example of such evolution and the relative absence of participation. Take a listen: 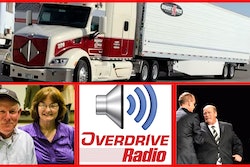 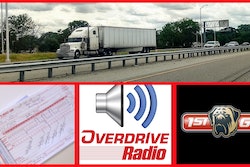 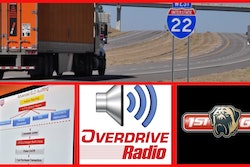 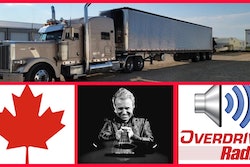