The days leading up to March 5, 2009, were some of the worst in Hope Rivenburg’s life. She experienced firsthand the nightmare every family sending a driver out has in the back of their minds. Jason went missing, and when they found him, he was dead. There’s not a wife, husband or partner who doesn’t think about this when their better half leaves for the highway. It’s dangerous out there, and no one knows it better than Hope.

I spent a couple of hours talking to Hope last week. I wanted to do a follow-up article about the progress of Jason’s Law to mark the 5th anniversary of her husband’s passing. When I started doing research for the article, I noticed there really wasn’t anything current in the news about it.  The last thing I saw was an article here in Overdrive dated December 2013, and it was pretty brief. I reached out to her through the Jason’s Law Facebook page, and she was kind enough to volunteer some of her time to talk to me about the progress of her passion.

In the following podcast audio, Hope tells us the most important thing is to write our representatives and keep the issue in the forefront. It got buried over and over again when she was pushing to make it law, it’s important we don’t allow it to be ignored.  This website is a great place to start.  Don’t just stick with your home state, write the states you pay road taxes in — it’s your right to safe parking in places you’re helping pay the bills.

Thanks again to Hope — we appreciate everything she and her family has done to turn a tragedy into something positive for other drivers. 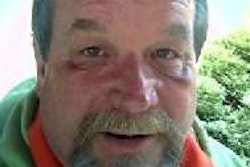 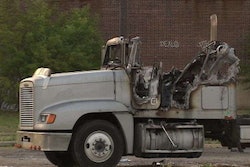