With the proposed anti-driver-coercion rule from the FMCSA now in a public comment period, the added legal protections it would bring for those blowing the whistle on unscrupulous motor carriers brought to mind the sometimes overlooked protections that already exist in the Surface Transportation Assistance Act. It’s the Department of Labor, not the DOT, where the primary jurisdiction lies under the Act, whose anti-retaliation provisions are extensive and have been in place since the Reagan administration.

I’ve written about attorney Paul Taylor in the past, whose efforts around advocating for drivers in STAA cases have been extensive over the years. If you’re unfamiliar with the STAA law (cases of outcomes from STAA prosecutions can be found here and here and here from this year alone), below catch a podcast with audio from Taylor’s address to the 2012 Truck Driver Social Media Convention, which outlines STAA protections. Taylor can be found via the website for his practice at this link. 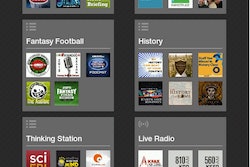 30-second trucker tip: How to find and play podcasts