For this Overdrive Radio podcast, truck-parking advocate Hope Rivenburg runs through what the current attention to truckers’ parking needs around the nation means for her as one among many who have pushed for expanded federal and state funding for parking availability and security around the nation.

For many of you, she needs no introduction, but for those who don’t know who she is, the Fultonham, N.Y., resident and postal employee — she mans the small local post office there — and mother of three became well-known among drivers after her husband, Jason Rivenburg, was killed during a robbery while, for want of other better options, he was parked overnight near a closed gas station at I-26 exit 136 in Calhoun County, South Carolina. Hope, pregnant at the time, later gave birth to her now-six-year-old twins, and her connection to many in the driver communities on social media solidified as “Jason’s Law” was first introduced as standalone legislation by her Congressional representative in New York, Paul Tonko, then included in the MAP-21 highway bill, ultimately, in 2012.

“My children are very much aware of Jason’s Law, they know it’s named after their dad. So when I say, ‘Mommy’s got to go to Washington for Jason’s Law, their first question is ‘do we get to go?’ And then they say, ‘OK, It’s very nice of you, Mommy, to go help the other drivers.'” –Hope Rivenburg

The standalone version of the bill specified a cap on funding available under the legislation, but the highway bill language did not. We talk about these and other issues in the audio you can hear below. At a certain point, Rivenburg argues that, in addition to public facilities that state and local governments can build, and truck stops, more fleets should invest in parking facilities in areas where their drivers are laid over, whether that’s a terminal location or shared, rental-type facilities such as that envisioned by Hutchins, Texas-based Redneck Diesel Performance.

“You’ll never forget that name,” says Eric Pinola, in business development with the shop, of the naming choice made by the custom service location’s founders. More germane to the subject of parking, the shop has been butting heads with the mayor and economic-development personnel in Hutchins, which sits due south of downtown Dallas along I-45.

We want high-end retail. We’re not really looking for trucking at this time.

The shop, however, has its ducks in a row with plans to develop its 8-acre property to accommodate 100 trucks with parking — for a monthly fee — in a secure lot. The development will be the subject of an Planning and Zoning hearing in Hutchins October 22, Pinola says, one in a long line of conversations with the city that have yielded little in the way of significant progress on the issue thus far.

What’s more, “we’ve got 37 acres next door to us that the bank has approved financing on,” Pinola says, for potential purchase and development to add even more parking. “I’ve called the QT and the Love’s down the road, and they fill up by noon every day.”

The area, a hub of regional distribution-center activity encouraged by city planning to headquarter there, he adds, as a direct result brings truckers from around the country. “The truckers are everywhere, parking everywhere” they can find a space, whether a legal one or a last resort, “and this city hates it. I thought the city would embrace” the diesel shop’s efforts.

No dice, according to Pinola, a phenomenon Rivenburg comments on in the podcast, calling the general public “naive” on the pressing needs for parking and the necessity of trucking to American life in general. For truckers with a connection to the Hutchins shop or with business in the area, get in touch with them about the October 22 hearing if you support their efforts, says Pinola. Now give this one a listen….

‘Do we need any more trucks in our community?’ 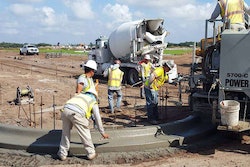 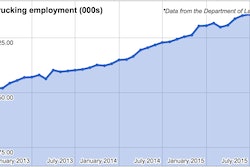