After a difficult decade the first of this century, independent TDK Transportation owner-operator and longtime flatbedder Tim Klaus re-entered trucking and soon enough found himself at the center of the natural gas drilling boom, hauling frac sand. It dried up earlier for him than for many owner-ops, and since then he’s made several moves in his pick of freight, trailer spec and more to build a core of direct customers to keep his brokered loads down to just several annually.

The Missouri-based owner-op runs through those details, and some of his family’s long trucking history, in this week’s edition of the Overdrive Radio podcast. Hear it here.

In addition to the Cat 3406E-powered International pictured in the SoundCloud podcast player up top, Klaus owns a 2000 FLD (1999 ELD-exempt engine) and a 2009 Freigthliner Cascadia he keeps for frequent run to and back from California, where a regular customer loads his 45-ft. flatbed with bulk rock. Paid in part by weight, the choice of the 45-ft. gives him a bit of a competitive advantage. Reducing his empty weight, and employing a side kit, he can gross on those loads right at 52,000 payload — it’s a move he made in recent times he talks more about in the podcast. 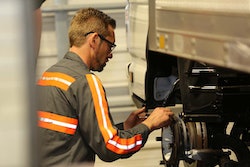 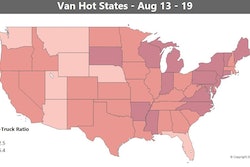 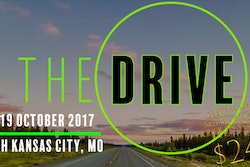 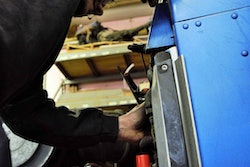