In this week’s edition of the Overdrive Radio podcast, we take a run through Hurricane Michael’s devastating effects on the Florida panhandle north and well inland, where 100-mile-per-hour-plus winds persisted as the fast-moving storm came overland. With all the devastation, for some owner-operators new opportunities arise, as regular listeners and readers of Overdrive well know. In this edition we talk more about front-line FEMA/state shuttle relief operations like the one Florida-based independent Tim Philmon contracted to in the wake of this most recent hurricane to hit the U.S. mainland.

The relief mission is quite similar to the one I talked about with Landstar-leased Bill Ater last year, though the characters of the two storms were markedly different, Harvey a slow-moving, rain-heavy storm and Michael one whose principal punch was its dramatic wind speed, not the resulting flooding.

Philmon came to the relief operation just a few days after the storm made landfall, via a partner brokerage with a FEMA contract, as he tells it. The bulk of the podcast is devoted to Philmon’s operation. But before we get there at around minute 17, I checked in with fellow Overdrive Senior Editor James Jaillet, who splits some of his time with our sister fleet-news publication CCJ, for a close look into the American Trucking Associations’ regulatory and legislative agenda as revealed in part during Jaillet’s trip to the Associations’ annual Management Conference and Exhibition. His insight gives us a window into the fleet interest group that’s loomed large in the imagination of many an owner-operator over the long run — reaching the size of an 800-pound gorilla, one might say, during all the advocacy machinations around the ELD mandate.

Since then, the ATA’s public tone has moderated a bit as the focus has for some shifted to hours of service — ATA, as Jaillet notes, claims to be in support of the so far driver-led effort toward greater flexibility, at least broadly speaking. In contrast to so many drivers, ATA’s offered little in the way of specific, concrete ideas for how they might favor the hours rules changing. Part of the discussion includes views on how much that reality itself might change, or stay the same, as the FMCSA moves toward an actual rulemaking proposal or not. The announcement that the association was forming a kind of ambassador advocacy group made up of owner-operators, which has seen no shortage of scoffing about around social media among independent owner-ops, also saw some discussion. Take a listen:

On the personal side, too, owner-operator Philmon was in at least one way affected directly by Hurricane Michael. His family’s farm, formerly where his grandparents lived and now taken care of by the grandchildren, including Philmon, was directly in the storm’s path in Donalsonville, Ga., not far from Marianna, Fla., where the relief shuttle staging area is, in an industrial park near the airport. The following picture comes from that property:

And in case you missed it, the editor of the HardWorkingTrucks.com website, as with Overdrive owned by Randall-Reilly Business Media, sadly also took a direct hit by Michael and I know his home took on quite a lot of damage in Florida. Not to be deterred, and ever the reporter, between necessarily taking care of his family there Tom Quimby has found time to cover plenty of the recovery there from his firsthand perspective. You can read his own reporting on the subject via this story about the initial aftermath, and more via this link. 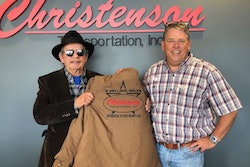 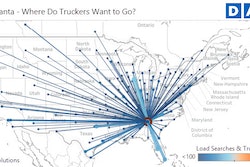 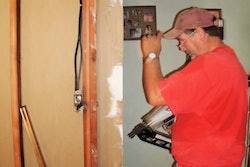