Mandi Jo Pinheiro, the winner of the 2018 Trucker Talent Search, and her father and fellow guitarist, Urban Roger Brown, were kind enough to sit down with me in Nashville earlier this week. They’d come all the way from Idaho Tuesday for an all-day Wednesday recording session at Jay’s Place, a studio long operated by Jay Vernali on Music Row.

Conveniently, Vernali also offers up the apartment above the studio to travelers, and it was there that Pinheiro and Brown ran through a couple of the tracks the pair planned to put to tape, so to speak, the next day, and independent owner-operator Pinheiro (in a team with her husband, William) also offered up a tour through her history in trucking. That follows time in a cargo van working for a medical courier company in the Pacific Northwest, and a long-held dream of over-the-road work realized after she met and married William. Today, the pair run out of a home base of Twin Falls, Idaho, hauling step deck freight behind a 2005 Peterbilt 379. Hop on and run through it all with us in this edition of Overdrive Radio:

Bonus: Pinheiro’s entry to trucking over the road, as you’ll hear, coincided with the 2017 rise of increasingly connected truckers all around the nation using social media as a sounding board and platform for advocacy and organizing around issues, a lot of the recent-history activity spurred by antipathy for the electronic logging device mandate. A leading light in that group writ large has been Arline Bennett, for whom Pinheiro penned a take-off on Dolly Parton’s “Jolene” that she plays in the podcast. Pinheiro also assembled a video for a recorded version of it built from stills she collected from Bennett’s surrounding community drivers, all sending messages of appreciation to her. It was just released this week, the day following our talk here, and you can find it below. 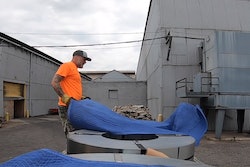 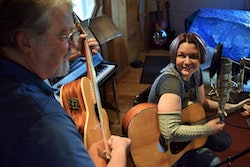 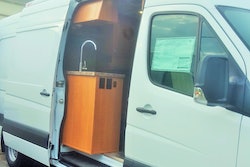