Wednesday night in Dallas, classic country star and gospel singer Leon Everette, with trucker-songwriter Bill Weaver, started us up with a sound-check of sorts that turned into an impromptu extended jam — you’ll hear some of that and more in this week’s edition of the Overdrive Radio podcast.

And though the news has been dominated this week and the previous one by the hours of service, I also sat down at GATS here for a chat about history, training and more with Jay Thompson of Transportation Business Associates. In years past, Thompson’s been quite a resource for me when it comes to owner-operator and trucking history in general. He grew up in rural Indiana and starting his working career driving big trucks, a route taken by the generations of men in his family as well, all the way back to his grandfather. 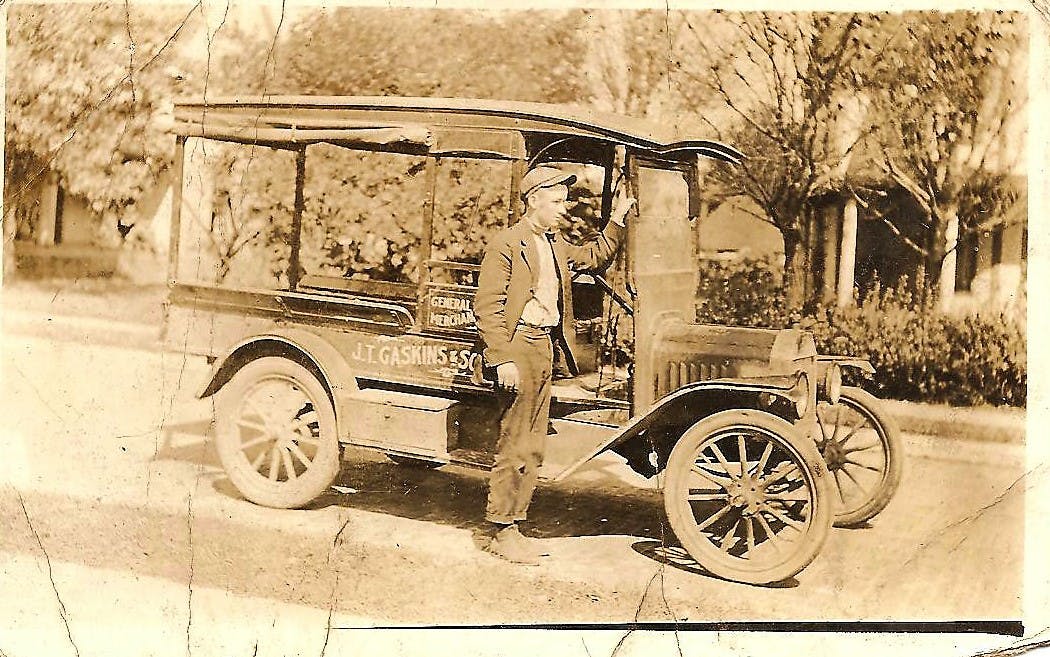 Jay Thompson’s grandfather, Walter, at age 18 in 1917, hauling in and around Shelburn, Ind.

He had a chauffer’s license at age 18, in 1917, and given we’re talking today as an industry about the potential for a pilot program for under-21 CDL drivers, we sat down to ferret out a little bit of the history there. As Thompson says, history often repeats itself in various ways … 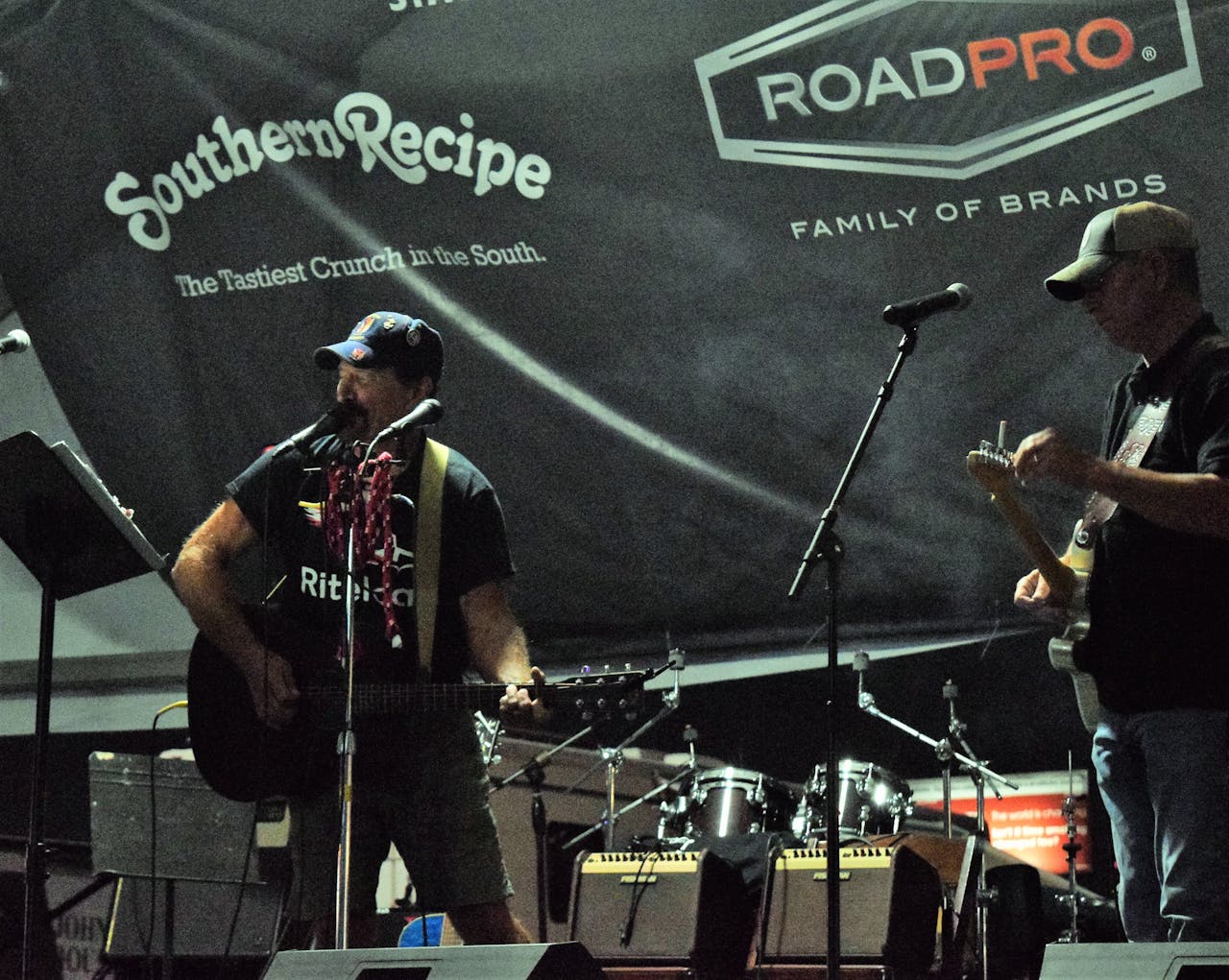 Also in the podcast, a brief talk with Leon Everette, who’s performing as the headliner tonight, Saturday, on the stage at the TA Petro Truck Parking Community – 3013 S. Haskell Ave., where performances have been ongoing since Wednesday night. 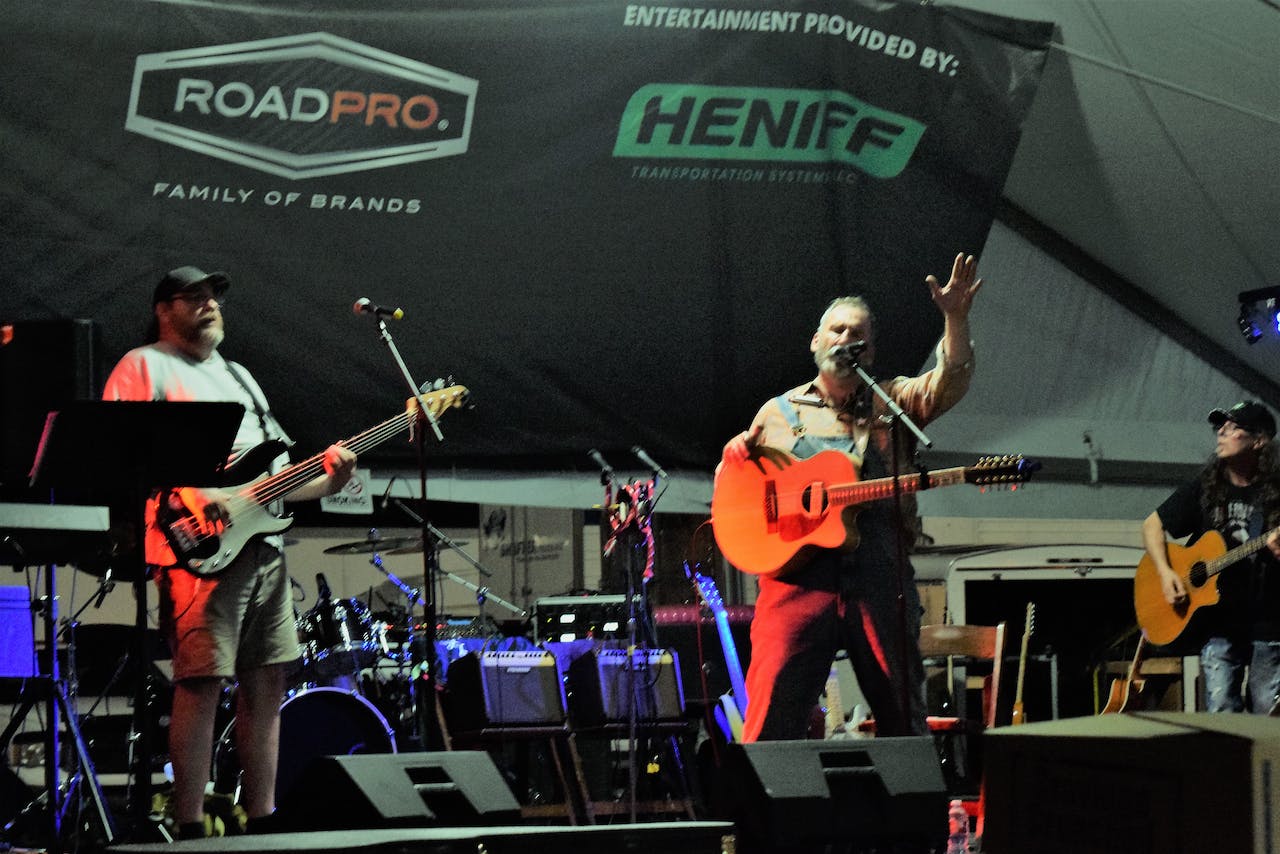 And: selections from Overdrive contributor, Moeller Trucking hauler and singer-songwriter Paul Marhoefer‘s Thursday night performance. The finale in Marhoefer’s Thursday night set featured an original track of Paul’s and a rousing rendition of Verne Gosdin’s “Do You Believe Me Now,” which went out to Marhoefer’s wife, Denise, on their wedding anniversary. Marhoefer’s back on the stage at the TA Petro Parking Community at GATS tonight, too.
Related Stories 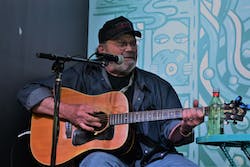 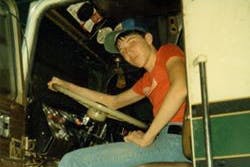 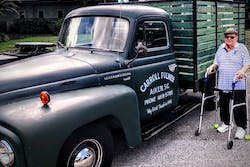 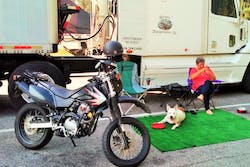