Regular Overdrive readers may well recall the case of William Hickey of Maryland last year. Hickey was convicted of operating as a U.S. runner for a mostly overseas ring of identity thieves targeting brokers and carriers in a double-brokering scheme that’s sucking hundreds of thousands in freight payments out of trucking.

In today’s edition of the Overdrive Radio podcast, U.S. postal inspector Steve Cohen of the federal U.S. Postal Inspection Service, among the oldest of federal law enforcement agencies, offers clarity on how the scheme operates, and just what brokers and carriers can do to stop it. As he well knows, Hickey’s capture and conviction was just a blip on a continuum of ID theft crime. The scheme still operates as thieves adapt, and some watchers estimate much more increased activity.

Given limitations on extradition in the countries where these rings operate, inspector Cohen and his team, including local and state partners, are mostly limited themselves to targeting domestic money launderers. Over the phone lines where the ID thieves ply their trade, though, it’s you that can have the biggest impact. Take a listen:

For Cohen’s case last year, and ongoing, information flows to them from the Department of Transportation’s Office of Inspector General and investigators in other areas of DOT, including the Federal Motor Carrier Safety Administration, Cohen said.

Postal inspectors like Cohen are federal agents with jurisdiction in criminal matters involving the integrity and security of the postal service. Among their tasks are prosecuting “any scheme that uses the U.S. Mail to obtain money or something of value” in a bogus way. That can include cases of “tax evasion, embezzlement, human trafficking,” or, as is the case here, fraudulent freight payment.

Read more about these issues via our early 2020 “Broker Reforms” feature series at this link, particularly the stories detailing … 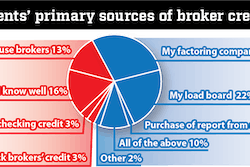 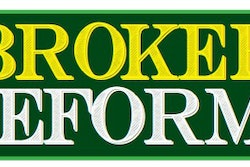