In this edition of the Overdrive Radio podcast, track through what’s happening on Capitol Hill. Providing the insight is David Heller, vice president of government affairs for the Truckload Carriers Association. He addresses various aspects of funding infrastructure, including several of those trucking-business-specific initiatives tucked into the House highway bill.

Heller spoke at the TCA Safety & Security Division annual meeting this week in a talk hosted by trucking broadcasting great Dave Nemo and fellow host Jimmy Mac. Along the way, Heller dove into the subject of driver training and the notion of allowing under-21 interstate drivers with extra training, one he and much of Overdrive's audience are well at odds on.

The Drive Safe Act, introduced earlier this year, would establish an apprenticeship-type training program that, with assistive technology, might allow 18-20-year-old CDL holders to haul interstate, within some other program limits. Heller and TCA, broadly speaking, are in favor.

When we surveyed Overdrive’s audience in March on allowing an interstate option for under-21 drivers, 63% of readers said it shouldn’t be allowed. Another 15% had unqualified support, and about 18 percent supported the idea with either a robust apprenticeship program in place or a mileage-range limitation.

You’ll hear a contrasting view in this episode from TCA, yet know that Heller has a refined sense for the political process. His thoughts are invaluable on where Congress could head on potential highway reauthorization, or not, if Democrats decide to go it alone on Biden’s American Jobs Plan pitched as infrastructure investment ... Take a listen: 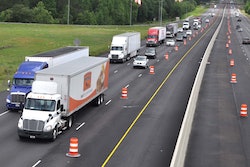 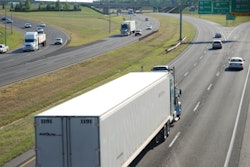