Consider today's Overdrive Radio edition in the context of Overdrive Executive Editor Alex Lockie’s reporting on the intermodal niche released a week and a half back, and the system-wide backlogs being experienced all around the container-moving supply chains, particularly evident at the nation’s West Coast ports.

What we didn’t get in that three-part report was a perspective from among the top volume ports on the East Coast – for that, I reached out to small fleet owner-operator George Berry, working out of the Port of Virginia principally. He’s a uniquely qualified source to voice owner-operators’ views on just where congestion issues at the ports originate. For years now he’s been a voice in a social media group called “For Truckers By Truckers” which focuses on port and other intermodal drivers’ issues, and his small fleet leases with five owner-operators now out of Virginia. For Truckers By Truckers continues today as principally an intermodal informational source for drivers and owner-operators of all types. 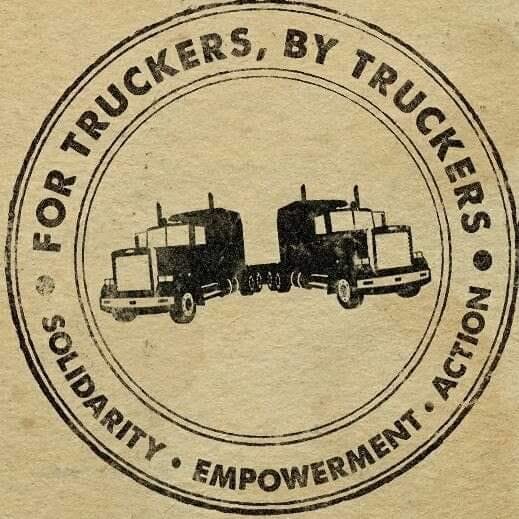 Since the President of the United States raised port issues as a national concern almost two weeks ago, there’s been no small amount of finger-pointing to just who’s to blame among supply chain parties. Yet as George Berry tells it, the backlog issue is multifaceted, stressed by mismanaged sorting; pressure on intermodal haulers to pick up on the "last free day" to steamship lines; a generalized, widespread shortage of intermodal chassis as they're tied up by various parties; and much, much more. Undue detention issues arise then at the warehouse receiving end more often than not if the hauler’s lucky enough to get an open chassis.

Yet among it all, there's good news for that common problem even in intermodal work, where "free" detention time is dwindling at receivers, and commonly low intermodal owner-operator revenue levels annually are rising. Berry estimates the current high-demand/relatively-shorter-supply situation could yield as much as a $50K revenue boost annually (or around 50%) for such operators. Take a listen:

Also in the podcast: Berry describes himself as a "California kid," and while his intermodal career has been centered in Virginia since early this century, he feels California's emissions regs and other restrictions have exacerbated ports' overload out West. That traces straight back to the California Air Resources Board’s Drayage and wider Truck & Bus rules restricting port operators and the broader trucking community to running only newer-model-year vehicles. Those restrictions were put in place on pre-2007-emissions-spec engines serving the ports well before trucks running in the rest of the state, furthermore, depressing owner-op participation in the state's supply chains.

"They’ve kind of created this conundrum, in my opinion, on their own," he said. "And when they say, 'You make it, you’re going to sit in it and stew," and that's basically what’s going to happen with Los Angeles/Long Beach." 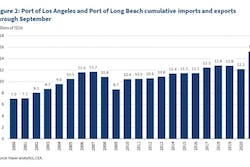 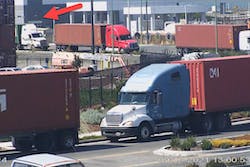 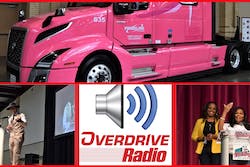 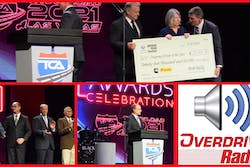 A window on a special program – hear the owner-ops of the year, in their own words