Actual news? Or a desperate grab for attention … 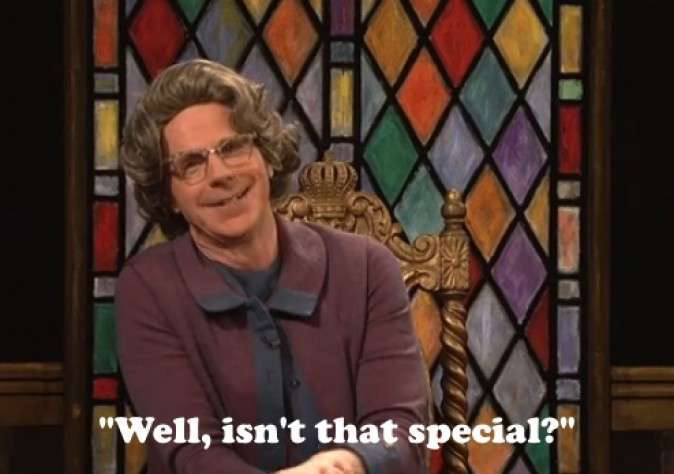 I wrote earlier this week about an Arkansas news rag that posted a ridiculous article about “customers” at a Walmart parking lot who were terrified the parked trucks would harm them. In actuality, the original “investigation” consisted of one person calling in to complain about almost being hit by trucks (seven times) in the parking lot of a backwoods Arkansas Walmart. It was a blatant example of a “news” organization that desperately needs ratings, baiting truckers (and those affiliated with the industry) into responding.

In the interest of fairness, I attempted to contact the TV station, KARK. I have learned from past experience that it’s always better to try to get a conversation started, instead of going ham immediately. I called, I e-mailed, I boogered them on Facebook – no answers. I finally got someone at the news desk to take my call.

“Hi, I’m Wendy Parker, I’m writing a piece for the trucking industry regarding the Walmart parking situation you reported on and I’d like to know if anyone from your station would care to speak with me?”

“I’m sorry, not sure what story you’re referring to.”

“You know, the jewel about ‘customers’ being afraid of parked trucks? The one you printed without doing any fact-checking or opposing view on? I’m pretty sure you know which one I’m talking about.”

“I’d like for the station to respond to some questions I have about the validity of their story.”

“Lady, we’re a journalism organization. We don’t put ourselves in the position of being part of the story.”

I could not help but laugh out loud at that statement. I think the laugh offended him. “Well, maybe if you hadn’t done such a poor job reporting the story, you wouldn’t be a part of it.”

“You’re rude and I’m not talking to you anymore.”

“Really? I’m rude? You don’t think it’s rude to print completely ridiculous stories that have absolutely no factual value? At least I’m attempting to get both sides of the story, unlike you.”

He had already hung up. And the news desk suddenly became a vast wasteland, where no phones were answered, ever again. (Or at least for the three and a half hours I patiently re-dialed their number, over and over again.)

Lo and behold, a few hours later, I was not only sent a link to a very weird “apology to the truckers” video, filmed by the very customer who claims she was misquoted in the article — I got a link to a story KROAK (sorry, I mean KARK) had printed in response to the thousands of nastygrams they had received from the trucking community. Apparently they had attained the numbers they needed to remain pertinent, and decided to quell the furor a little. And while it wasn’t exactly a retraction, it did have a quote from a trucker and a note that there had been no actual accidents in the parking lot of that particular store involving big trucks.

Nothing is new about attention-seekers bashing truckers for numbers. In the mind-set of “any attention is good attention” (reference: Kanye West), people will grasp at anything to have their fifteen minutes of fame. I was sent yet another link to a Facebook page that had a large portion of the content directed to derogatory remarks about truckers. I wasn’t surprised to see it was the page of a virtually unknown comedian – his claim to fame on the page was a sold-out show at a bowling alley. And while I’m totally in awe of the skills it must require to sell out a bowling alley (this may be a filthy lie), I’m pretty sure this guy is baiting the community for numbers.

I used to get mad and fire back, but there’s not enough time in the day anymore. We will always have to deal with haters — it’s best to just pat them on the head, maybe throw them a little attention bone, and realize people (and news organizations) who do this are like the “special” cousin Granny used to make you take to the ball games with you. They’re unable to help themselves because they’re not smart enough to understand the difference between bad attention and good attention, so they need the help of the capable to guide them to their destinations. Bless their hearts.