Slowdown merits no panic for owner-operators, but pay attention to the basics

“Last year was complete anomaly,” said Mike Hosted, ATBS vice president of business development. “This year is slow, but it’s just as good as many past years.”

For owner-operators in 2018, Amen said, “it paid for me to be out running my own business under my own authority.” Indeed, many leased operators made that change in 2016-2018, and the rate differential was sufficient to cover the extra costs and responsibilities of running independently.

The high demand of 2018 made it profitable to run load boards, where load-to-truck ratios were off the charts. Now, “You can’t just run load boards to make money.  There’s too much capacity on there now,” he said, though rates have dropped enough that they might rebound a bit this year.

Another indicator of the boom that culminated in 2018 was cost control. For the first time in many years, owner-operators’ average miles per gallon receded from the prior year. “That means drivers didn’t pay attention to fuel costs – they were making enough money,” Amen said.

Nevertheless, the shift from 2018’s pace back to business as usual means staying on top of the basics. “The most important thing is you need a plan,” Hosted said. “You’ve got to have a budget.”

The best operators know their fixed costs, variable costs and their target net income, and can use that data to determine a break-even point as a baseline for considering any given load. With an overall operating budget, you can monitor it and see when adjustments need to be made.

Unlike a fleet, “You see a problem, you can fix it right away,” Hosted said. For example, if fuel cost per mile is too high, slower average speeds and other tactics can reduce that cost. An operator getting 6 miles per gallon (assuming 100,000 miles a year and $3 diesel) can save over $7,000 a year if he can move to 7 mpg. Other tips: 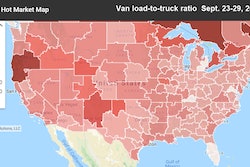 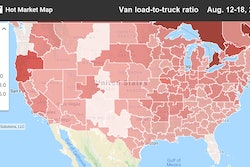 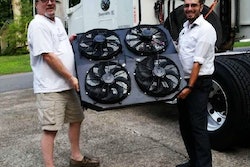 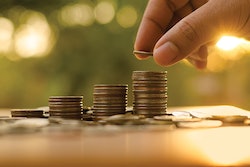 Partners in Business 2019 Manual, Chapter 19: Saving For Yourself