Zeeland, Michigan-based V-Max Transportation and company owner Dave Van Haitsma rebuilt this 1995 Kenworth W900L after buying it in 2014 and tearing it down to the frame rails. Dave’s son, Ryan, came up with a color scheme that matches the fleet’s other trucks.

The whole truck, from the engine – a Cat 3406B with an 18-speed – to the interior to the trailer, features the same color theme. When V-Max ordered the trailer, they stripped it down and had it painted to match the truck. The whole truck build was done in-house except for the paint and took around six months.

Some upgrades to the truck during the rebuild include a new Jones Performance hood, a new lift bumper, Bad Ass Custom Truck Parts fenders, a Lincoln Chrome exhaust, a deck plate with flip-up hookups and front and rear T-bars.

Dave said the truck’s name, “Backlash,” refers to comments he’s heard over the years at truck shows. “There’s always backlash for whoever wins,” he said. 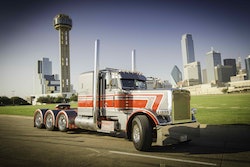 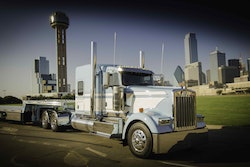 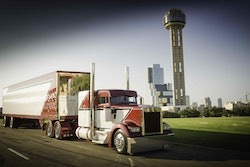