As he explains in the video above, the rig’s name comes from the color scheme of a black cherry base with wine, coral and white stripes. “When you first look at it, it’s like, ‘I don’t know about that,’ then the more you look at it, it kind of grows on you,” Hicks says.

Some of the work Fleenor has done to the truck includes wrapping the tanks to match the black cherry color of the exterior, lowering the front end and adding a new bumper with a bumper lift, adding Lincoln Chrome six-inch straight stacks, new boxes, half fenders and more. They also changed out the fender lights, cab lights and horn.

“I can’t see myself driving anything else,” Hicks says. 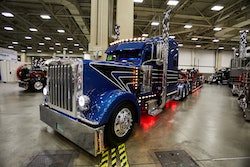 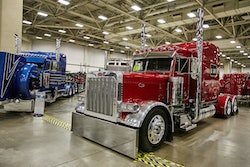 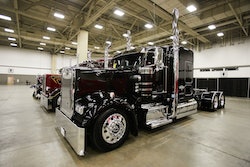 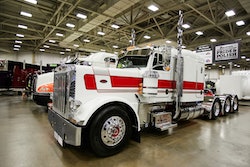