He also had it repainted and added the pinstripes, which were done by hand by Rick Harris Pinstriping. Peterbilt of Nashville did most of the paint work, while Kenworth of Nashville painted the tanks. Hooper says the truck was one of the first 379s off the assembly line and still had a lot of 359 features, including 29-inch fuel tanks.

Harris runs under his own authority, Hooper’s Trucking LLC, out of Lebanon, Tennessee, pulling railroad containers and 53-foot dry vans mostly to Cincinnati and back. 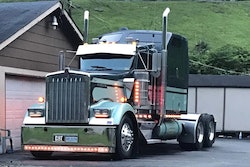 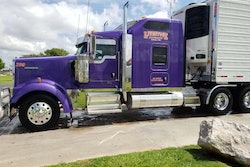 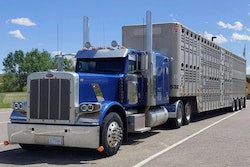