Lawsuit against CSA could see decision within 6 months, attorney says

Well-known transportation attorney Henry Seaton, speaking at the annual conference of the National Association of Small Trucking Companies in Nashville, Tenn., updated attendees on the status of the Alliance for Safe and Efficient Transportation’s lawsuit against

the Federal Motor Carrier Safety Administration over its encouragement of shippers and brokers to utilize the Compliance, Safety, Accountability Safety Measurement System to vet carriers.

Seaton expects a decision “in the next six months,” following oral arguments in September. The ASECTT v. FMCSA suit “may be decided on procedural grounds,” Seaton added, “but it has certainly held the agency accountable [for] moving accountability from itself onto the shippers and brokers” for making carrier safety determinations. Seaton said the agency’s strategy amounted to an attempt to “strongarm the public into doing [FMCSA’s] job,” and he suggested that the industry was at a watershed moment in holding the agency’s feet to the fire over the program. “People are beginning to … realize that the flaws in CSA are structural,” he said, and in part due to ASECTT lobbying efforts, two Congressional studies of the program are likely to be released before the end of the year.

“We were successful last fall in making an appeal to the House small-business committee and the Transportation and Infrastructure committee,” he said. While “nobody really knows what they’re going to say, we gave them enough ammunition, if they look at it objectively, to see that it doesn’t work.”

Seaton referenced ASECTT analysis that showed that of all carriers with three or more CSA BASIC percentile rankings above the intervention threshold, almost half of those carriers have not actually had an accident of any sort within the last two years. “My fear,” he added, “is that the agency will claim the number of BASICs above intervention threshold as a predictor of crashes” in the Safety Fitness Determination, given well-known analysis of Unsafe Driving, Hours of Service and Vehicle Maintenance BASICs that show a relationship between percentile ranking and crashes, on average.

The problem is, Seaton said, “the system is used to measure individual performance, and therein is a fatal flaw.” While it might be true that, on average, a carrier that has three BASICs above intervention threshold has 3.7 crashes per million miles, there are many, many cases where such a carrier has zero accidents. 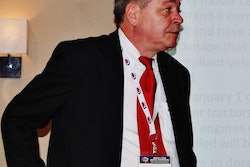 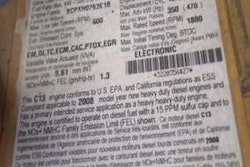