The National Association of Small Trucking Company’s profile has been growing these past several years. They were the lead plaintiff on the case against FMCSA’s CSA regime in the early days — we can thank that case for the golden triangle symbol indicating a carrier is above the intervention threshold in a BASIC. Otherwise, such a BASIC status was to be marked by either the words “Warning!” or “Alert!”

They’re also part of the ASECTT lawsuit attorney Henry Seaton updated NASTC conference attendees on yesterday. (It’s still being decided, but Seaton believes the reality of the lawsuit and details it brought forward about the inequities for small carriers in the CSA system have spurred Congressional investigations whose reports are shortly due. Here’s the details.)

But I think the best thing about them is their constant focus on the bedrock of the industry, continually stressing the notion that managing a trucking business is essentially about doing everything in your power to make your driver’s job the best it can be. You may remember one of my stories from last year, penned after attending the NASTC new-entrants training seminar (a-and they’ve got what many feel is the best fuel card in the industry for owner-operators and small fleets) right outside Nashville at their headquarters. In that story, I quoted NASTC head David Owen to this effect: “The only reason you guys can compete with large carriers, the only reason why you’re in business today, is your ability to find, hire and retain million-mile drivers…. It’s the [owner]-to-driver relationship in small trucking companies that makes it like a family affair. This relationship allows small companies to find, hire and retain million-mile drivers.”

As the conference wraps up today, find here a list of this year’s driver-award team at right (recognize a friend or colleague there?), and following find a few other of the highlights from the seminars and discussions over the prior two days.

Henry Seaton on speed limiters
Seaton, whose wide-ranging talk relative to the Compliance, Safety, Accountability program left no doubt about the program’s numerous inconsistencies and problems, also dropped this on the attendees: The National Highway Traffic Safety Administration and FMCSA are “on the same page” re: speed governors. Expect a rule, he said, in early-mid 2014. And here’s the worst part of it: It won’t just apply to new trucks, but rather retrofitting speed governors in older trucks he expects to be a part of it.

Joe Rajkovacz of the CCTA on CARB’s incentivizing effect, South Carolina port rules
Rajkovacz made note of South Carolina’s new Clean Trucks program, following in the footsteps of the California ports — S.C. is requiring truck owners working the port to retire all pre-1994 model year engines. You’ll find more on the rule via this Journal of Commerce story. But suffice it to say, Rajkovacz noted, that “they were able to do that because of what California did. The only way you can do that is by taking the California regs and adopting them,” something every state in the union has the option of doing, given CARB’s primacy over the EPA under the Clean Air Act.

Despite the recent good news of the boost in mileage caps defined as “low-use” in state, it’s clear CARB’s Truck and Bus Rule is shaking things up for owner-operator-heavy carriers. Rajkovacz pointed to a blog post to Mercer’s MercerTown.com blog from August that detailed incentive plans for Mercer-leased owner-operators to upgrade to CARB-compliant trucks. Essentially, if operators upgraded before the end of 2013, they’d receive a $3,000 bonus distributed in $300-per-trip increments on the first ten trips of the year. Following that, then, all CARB-compliant operators would get an additional 5 percent of the linehaul (from 75-80 percent) on in- and out-bound California freight.

Seems to me that’s a pretty good example toward making an argument that California’s equipment/emissions rules do in fact affect carriers’ routes, prices or services, wouldn’t you say?

CleanFleets’ Sean Edgar on resistance to CARB registration
“If you have IRP-registered vehicles for the purpose of operating legally, I don’t know how much you’ll be telling the government [by registering with CARB to take advantage of the low-use exemption or other program] that they don’t already know about you.”

Owner-operator Henry Albert on small-fleet fuel-mileage advantageous
Owner-operators and small trucking companies should be smoking the larger competition when it comes to fuel mileage, Albert noted in a presentation on the wide array of enhancements and test-add-ons he’s utilized on his van combo unit in the Freightliner Team Run Smart program. “We’re able to do things” the larger fleets could never do for fear of tearing up equipment, he said. “I’m running a 14-16-inch gap — go put that on a fleet truck and see how long that lasts. You can make them last,” he told the attendees, “because you have the best drivers out here.”

Some say a “conditional safety rating is the new unsatisfactory,” Seaton said, as conditional ratings are getting “more difficult to get upgraded. The agency is in some cases waiting up to 6-9 months to upgrade a fleet from the conditional rating, which basically starves them out of business.”

I’ve heard of such dynamics recently from other sources as well — any readers having that issue? 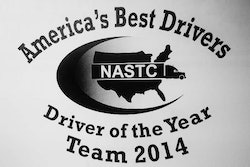 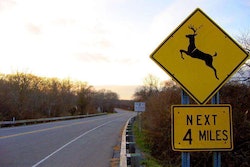 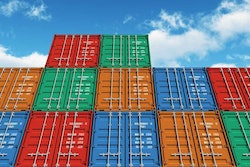