For more on the basis of the suit, read this installment of Overdrive‘s 2013 CSA’s Data Trail series and this report on plaintiffs’ written arguments.

Shires suggested another big change in the SMS could be coming online in December, dealing with modifications to the public display of the SMS, a focus of recommendations to FMCSA from the Motor Carrier Safety Advisory Committee earlier in the year. Any changes in how carrier percentile rankings are tabulated, Shires added, would likely be available for preview by carrier eyes only.

Shires emphasized throughout the talk the difficulty for carriers of all shapes and sizes in managing CSA, given the percentile ranking system has turned into a race to improve compliance, Shires said, with little benefit for many in improving performance. “For a carrier to improve, it’s not just a case of having this or that score go down. We need to be able to make it go down at a faster rate than the carriers we’re [being compared to in order to get the percentile ranking]. As a representative of Panther, though, I have no control over how FedEx is improving.” But, as Shires points out, how well FedEx is improving, given the percentile ranking system that is CSA, has a lot to do with Panther’s score.

And, he adds, as carriers continue to tell the FMCSA that this dynamic is just not the right way to approach safety measurement, the agency is “going around to the shippers and brokers and saying, ‘hey look, everybody’s getting better,’ and encouraging shippers and brokers to use the SMS to determine whether they’ll put freight on somebody’s truck.”

There’s an ongoing disconnect, too, between the federal initiative and states’ inspection programs. Underscoring the notion of how difficult score improvement can be for any carrier, Shires shared some of Panther’s inspection numbers, particularly relative to the company’s Unsafe Driving Behavioral Analysis and Safety Improvement Category (BASIC) percentile ranking, which until last month had been above the intervention threshold. Despite FMCSA’s insistence that high rankings mark carriers for more inspections — only time, and clean inspections, can improve carriers’ rankings — Panther’s total inspections actually decreased over the time. “You do not want to avoid getting an inspection,” he said, emphasizing that “you want a clean inspection — the more of those you get the better off you and/or your carrier will be.”

Too many states just aren’t using the BASICs to prioritize carriers for inspections, he added.

Carriers who successfully manage CSA, Shires said, will get drivers on board. “It has to be a united effort between drivers and carriers until, and if, we can get this system removed from public view.”

Analysis: Foxx needs to lead, not do more of the same

Safety board recommends trucks be connected to avoid crashes 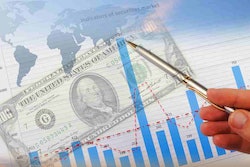