HOS violations flat since regs, ELD violations trend up under COVID
The Federal Motor Carrier Safety Administration (FMCSA) on Wednesday presented its 20th annual Analysis, Research, and Technology Forum, with a wide-range of speakers from the agency presenting on topics from truck crash and fatality statistics, to trends in enforcement and inspections, emerging technologies like autonomous and electric vehicles, and more.

The forum, as reported by Overdrive on Thursday, also featured a brief address from the agency’s Acting Administrator, Meera Joshi, who will hold the role until President Joe Biden nominates and the Senate confirms a new administrator. You can read more about her comments on automation and drivers' service during COVID at this link.

FMCSA relaxed the regulations around the use of a 30-minute break, now requiring it within a drivers’ first eight hours of accumulated drive-time, rather than the first eight on-duty hours.

[RELATED: Studying impact of automation on drivers' jobs 'a priority' for FMCSA]

Other types of HOS violations saw small increases across the board since the new regs took effect.

Fleets and drivers still learning the new rules could be the reason why violations haven’t yet dropped in that early analysis, DeLorenzo said.

Among other trends, roadside inspections dipped dramatically in 2020 amid the pandemic -- as did HOS violations issued during the worst months of the downturn in March, April and May.

Given the economic downturn in the spring, with miles and loads dropping dramatically for many fleets, the number of total truck inspections conducted by FMCSA and enforcement partners tumbled in 2020 by 22%. In 2019, some 375,419 inspections were conducted, compared to 294,235 inspections in 2020. Extrapolating from the huge dip in HOS violations from the March-June timeframe, it seems the drop-off in inspections aligned with the economic downturn and the shutdown orders from states and localities:

False log violations have steadily trended up since hard enforcement of the ELD mandate began in April 2018, said DeLorenzo. “It’s a lot harder to cheat your ELD,” he said. “We’ve seen a slow and steady increase in identifying false log records at roadside.” He called it a “good story on ELDs,” in catching those violations.

Also, due to the COVID pandemic and a corresponding greater push by FMCSA and state enforcement partners to conduct offsite audits of motor carriers, the number of safety investigations revealing ELD violations has climbed steadily.

Prior to March of 2020, the percentage of safety investigations resulting in an ELD violation had hovered between 6 and 8% for the previous two years. The number climbed to between 12 and 14% between September and December (see DeLorenzo’s graph below).

“Again, speculating here, but I think it’s because [the pandemic] helped us to embrace data transfer” methods of ELD records, DeLorenzo said, rather than relying on print-outs and other hard-copies. Data transfer “is the only way to be able to get that information” via offsite audits. “It makes it easier and more helpful and faster for investigators to review ELD compliance and HOS compliance.”

The rule was first set to take effect March 8, but DOL delayed the rule’s effective date to May 7 when the Biden Administration was sworn in.

In a notice of proposed rulemaking published in the Federal Register Friday, the department says it wants to withdraw the rule because “the department questions whether the rule is fully aligned with the FLSA’s text and purpose or case law describing and applying the economic realities test.”

The independent contractor rule would have used five economic-reality factors to help businesses determine whether a worker is an employee or an independent contractor. Two of those factors – the nature and degree of the worker’s control over the work and the worker’s opportunity for profit or loss – were the two “core” factors for determining a worker’s classification and carried greater weight than the other three factors.

The other factors included the amount of skill required for the work; the degree of permanence of the working relationship between the worker and the potential employer; and whether the work is part of an integrated unit of production.

DOL says it is concerned that the rule would have contrasted with the language in the FLSA as well as the position, expressed by the Supreme Court and in appellate cases from various courts, “that no single factor is determinative in the analysis of whether a worker is an employee or independent contractor and, as such, questions whether the rule’s ‘core factor’ approach is supportable.”

The department also called to question as to whether the rule would have actually provided the intended clarity in the definition of independent contractor.

DOL is accepting public comments on its proposal to withdraw the rulemaking through April 12. 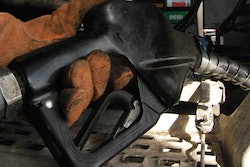