P. Sean Garney, vice president with Scopelitis Transportation Consulting, led a panel discussion Tuesday that charted the rise of sleep apnea as a condition of concern in trucking over two decades. "The first time I can remember FMCSA or a regulator speaking about it was around the year 2000," he said, when the agency first issued advisory criteria to medical examiners that the condition should be considered under the respiratory function portion of driver medical qualifications.

For 10 years, as literature about the condition grew with awareness of it, application of sleep apnea screening at the level of the DOT physical was "uneven at best," Garney said. When the Federal Motor Carrier Safety Administration decided in 2009 that "maybe it's time to do more," he said, the agency tasked its Medical Review Board and Motor Carrier Safety Advisory Committee with coming up with ways of just how to handle it further.

Here's the part of the story most longtime Overdrive readers will be familiar with, as screening criteria of sometimes contradictory and confusing natures were proposed and tied to body-mass index, neck size and other factors through the present day. It was the era of rising "administrative malarkey" around the condition, to use the words of trucker Bob Stanton, who by 2014 was a leading advocate around improving drivers' experience of such malarkey in a variety of ways.

Referrals of at-risk professional drivers for expensive sleep studies and the issuance of short-term medical certifications eventually became something of a norm. Increasingly, fleets adopted programs to help drivers who may be at risk get out ahead of the condition.

[Related: How to address sleep apnea risk, on your own terms]

Representatives of two such fleets -- 300-truck dry van hauler American Central Transport of Kansas City, Missouri, and 6,000-plus-power-unit delivery fleet Performance Food Group -- were on the panel with Garney. They spoke of the impacts their drivers and new-hire prospects felt during that administrative malarkey era, and the systems put in place to be more proactive in driver assistance.

ACT Risk Management Director Brandon Leininger said his company moved toward developing sleep apnea-related policies and procedures years ago after noticing how many drivers were getting referred by medical examiners for sleep studies. The practice was "cost-prohibitive," particularly for new hires who were still ineligible for company health insurance benefits, but also expensive for ACT's covered existing drivers.

Today, working with SleepSafe Drivers' third-party apnea-management service for coaching and monitoring, ACT helps new hires fund sleep studies, if they're referred by medical examiners, by allocating delayed sign-on bonuses to "offset the studies' cost," Leininger said. For any existing driver who undertakes a sleep study, ACT picks up more than half the cost.

Medical exams are the "first part of the orientation process," he added. Driver candidates go through the same DOT examiner at the same central terminal, ensuring consistency in the apnea screening.

With current practices in ACT's program, in place for a few years now, around 6% to 7% of drivers screened are being sent for sleep studies. Around 70 percent of those are found to need treatment of some kind. If apnea treatment with CPAP-use monitoring and coaching in the SleepSafe program is needed, ACT picks up the program cost of it for the first year.

At Performance Food Group, said DOT Compliance Manager Jeff Jerger, the percentage screened was higher, about 10%, when he was overseeing a specific terminal's new program.

Both percentage figures are well below the nearly 50% figure a study released last year found would be screened with so-called "STOP-Bang" protocol, and likewise well below the 25%-38% an Overdrive survey in 2016 estimated would be screened for testing by protocols recommended by FMCSA's MRB to be included in the official Medical Examiner's Handbook. (Those draft recommendations slipped out in Spring last year as if in final form, absent any rulemaking -- read more about that here.)

Screening/testing programs at particular fleets certainly shouldn't be expected to reflect the entire industry, yet they also don't exist in a vacuum. Those lower screening-for-testing percentages at ACT and PFG could simply be a reflection of a difference in screening protocols, compared to the referenced studies. They also may well show the value for fleets of all sizes in providing new and existing drivers an assist when it comes to apnea management. If nothing else. the relatively low percentages, particularly in ACT's case, show the value of standardized practice from a single examiner.

If Garney is right, in any case, sleep apnea is on a path of increased awareness all around trucking -- including among regulators. "I think action will continue to move forward [toward eventual regulation], just based on what I see in the history," he said, later adding: "A lot of folks predict [sleep apnea] will be subject to a rulemaking under Biden."

Yet taking control of your own risk now, if you're an owner-operator, or assisting your drivers to do so if you're a small fleet, might go a long way toward heading off such regulation if/when it comes.

Companies like SleepSafe Drivers, which hosted the panel discussion with Garney, hope to be useful allies in any such effort.

[Related: Turn down sleep apnea noise machine — quantum-leap logic and unnecessary rigmarole are not in interest of safety] 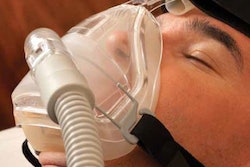 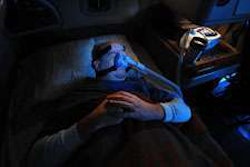