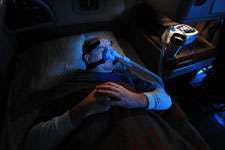 The author of this guest column, David Owen, is the President of the National Association of Small Trucking Companies. Owen wrote in response to a report from the National Transportation Safety Board that you can read via this link.

The National Transportation Safety Board is once again applying pressure on the Federal Motor Carrier Safety Administration to do more in the medical certification process to identify and treat commercial drivers at a high risk for obstructive sleep apnea. A recently released NTSB analysis found one driver’s untreated apnea among the contributing factors to a 2018 crash.

The decades-long conundrum that is just how to address apnea and risk among truckers has been handled by the agency, safety advocates, Congress, and the medical community in such a way as to make matters worse.

At the core of the problem lies an inconvenient fact: We all have some level of apnea (pauses in breathing) and/or hypopnea (episodes of shallow breathing) while sleeping. Even the healthiest, youngest and most physically fit all have some level of apnea. An AHI (Apnea Hypopnea Index) of two to five is found in the healthiest portion of our population, and they are not even considered mildly afflicted at this level. (The index indicates the number of apnea and hypopnea “events” per hour during sleep.)

When you read that a driver was “likely fatigued due to an untreated sleep disorder related to obstructive sleep apnea,” as Transport Topics quoted the NTSB report on that 2018 crash earlier this month, the truth of the matter is debatable to the end of time. Plaintiff’s bar loves it because it’s become a catch phrase that incriminates almost everyone, almost every time.

Statements like that, even with their “likely” qualifiers, imply a direct cause-and-effect relationship between apnea, fatigue and crashes. Follow the ambulance chaser’s logic: If we all have apnea and untreated apnea causes fatigue, then it should follow that we’re all fatigued, all of the time!

The truth is much more complex — that untreated severe apnea/hypopnea can in fact compromise restorative rest and, over time, that may create a sleep deficit that itself may, over time, induce chronic fatigue. If untreated, that might result in outright narcolepsy (almost always a disqualifying condition for a driver) and a greatly increased chance of falling asleep while driving.

Yet there are so many willing to make the quantum leap directly from the likelihood of untreated obstructive sleep apnea to an unsafe, falling-asleep driver. It’s a lawyer’s dream that criminalizes too many innocent drivers because they’re male, over 50, have a neck, and they snore.

Let’s apply the same quantum leap to another profession that, like truck driving, is very safety sensitive – that of medical doctors:

Have you ever heard of a malpractice case built around untreated apnea? At some point in time, the NTSB and safety groups like Parents Against Tired Truckers and Citizens for Reliable and Safe Highways (CRASH) must come to the realization that truck driving and medicine are not practiced in a vacuum by perfect practitioners, and that drivers and doctors are human, like the rest of us. Sometimes we’re well-rested, have good days and bad, sometimes make stupid mistakes. All the micro-managed regulations that can be dreamed up will not create a perfect world where there are zero deaths or zero accidents.

Twenty-one years ago — and I know because I was in the room — longtime trucking critic Joan Claybrook (a past chair of CRASH and past NHTSA administrator) addressed a driver fatigue symposium in Washington, D.C., and claimed that more than 60% of America’s truck drivers had obstructive sleep apnea. She equated that to being as bad as, or worse than, driving drunk. That accusation has since been repeated over and over. Unfortunately, the hyperbole is nowhere close to factual and, more unfortunately, Congress, FMCSA and safety-advocacy organizations including Mothers Against Drunk Driving, Public Citizen and even the Commercial Vehicle Safety Alliance in some instances seem to have bought the analogy as truth.

That has so much to do with the mess that’s been made of the hours of service regulations; repeated attempts at apnea screening guidance; electronic logging devices; the National Registry of Certified Medical Examiners and its required examiner training (including seemingly ever-changing sleep apnea screening steps); and, to a large degree, that debacle of all debacles, the Compliance, Safety, Accountability program.

Let’s not again make the same mistakes we’ve made with the apnea question and drivers. Let’s start looking for and finding narcolepsy, what I believe could often enough be the real culprit in cases where drivers fall asleep while driving. Or, if we do get back to hard-fast screening protocols with regulatory standards for apnea, as required by Congress, we must apply these same standards to all people in all safety-sensitive areas, not just to transportation professionals. 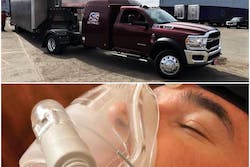 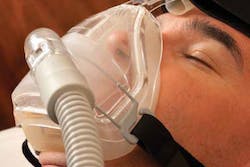 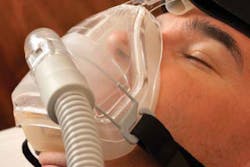 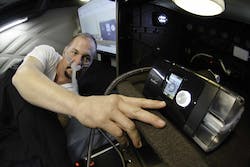