The SmartHop tech-enabled dispatch provider and DAT Freight & Analytics announced a partnership that enables SmartHop’s small carriers and independent owner-operators to access loads from the DAT platform within SmartHop's system.

“There’s fierce competition for truckload capacity today, and our integration with DAT opens up millions of new loads and roads for independent drivers and small carriers,” said Guillermo Garcia, CEO and co-founder of SmartHop.

DAT will integrate its API and data into SmartHop’s platform, giving SmartHop customers the ability to streamline the load-matching process and compete with larger carriers for spot truckload freight. More than 880,000 loads are posted to the DAT network each business day, and more than 1.5 million trucks and 100,000 carriers are on the DAT platform, the company said.

Jean Lafortune Jr., of North Carolina, has been effectively shut down by the Federal Motor Carrier Safety Administration following multiple CDL violations, among others.

On three occasions – Feb. 17, 2021, in Connecticut; March 4, 2021, in South Carolina; and March 10, 2021, in New York – the truck Lafortune was driving was stopped for unannounced roadside inspection. In every instance, state law enforcement officers discovered Lafortune did not possess a valid CDL and had no record-of-duty status.

Additionally, at each stop, officers found containers of alcoholic beverages in Lafortune’s cab. Lafortune was also placed out-of-service at each stop.

During the inspection in New York, the officer additionally found several mechanical defects and placed the vehicle out-of-service.

In a blatant and egregious disregard of federal safety regulations – and of the safety of the motoring public – despite being placed out-of-service in three states in less than three weeks, FMCSA said, Lafortune continued illegally driving a truck in interstate commerce.

On July 9, 2021, while operating in Pennsylvania, Lafortune’s truck became stuck while attempting to turn around on private property.  The investigating state police officer again discovered Lafortune did not possess a valid CDL and had no record-of-duty-status, and Lafortune was again placed out-of-service. The truck he was operating was also placed out-of-service for several safety violations.

The Arizona Department of Transportation advises drivers to plan for closures and restrictions at I-40 and Leupp Road (State Route 99) from Monday, Aug. 2, through Friday, Aug. 6, as rehabilitation work continues on the Leupp Bridge, about 50 miles east of Flagstaff.

The bridge project is part of a $275 million investment ADOT has made to the I-40 corridor over the last five years. This includes improvements to 90 miles of roadway and 35 bridges. 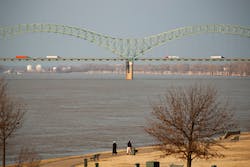 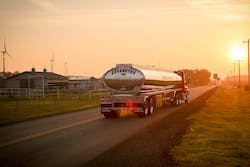 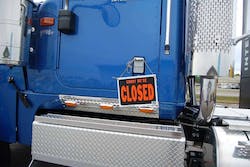 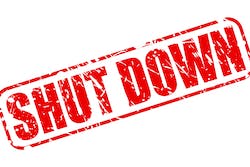