At the annual conference of the Truckload Carriers Association in March, a Raleigh, North Carolina-based carrier of steel for export told the then-ongoing tale of fees levied by a steamship line at an East Coast port that it looked like was going to cost his business $1,700 -- after the steamship line itself changed a load time the truck ended up missing. The fee and others like it are under the microscope of Congress with passage of the Ocean Shipping Reform Act of 2022.

The bill directs the Federal Maritime Commission (FMC) to establish rules prohibiting ocean common carriers and marine terminal operators from adopting and applying "unjust and unreasonable" demurrage and detention fees, and authorizes the FMC to initiate investigations of an ocean common carrier's fees or charges and apply enforcement measures, when appropriate.

In his State of the Union address, President Biden in March called on Congress to address ocean carriers’ high prices, citing rising ocean shipping costs as a major contributing factor to increased costs passed on to American families. "During the pandemic, ocean carriers increased their prices by as much as 1,000%," Biden said Monday evening. "And, too often, these ocean carriers are refusing to take American exports back to Asia, leaving with empty containers instead."

The House passed the bill 369-42 Monday, following passage in the Senate by voice vote March 31.

“This is the first significant change to ocean shipping regulations in more than two decades -- a period of time when the industry has been shaped into a cartel of 10 foreign-owned companies who have exercised a tremendous amount of power over American truckers and consumers,” said ATA Intermodal Motor Carrier Conference Director Jonathan Eisen. “Thanks to this bipartisan legislation, those carriers will no longer be able to charge truckers exorbitant and illegal detention and demurrage fees, increasing efficiency and reducing costs across the supply chain.”

Earlier this year, the Federal Motor Carrier Safety Administration requested public comments on proposed reductions in the annual registration fees collected as part of the Unified Carrier Registration Plan and Agreement for the 2023 registration year and beyond.

The proposed fees for the 2023 registration year would be reduced below the fees for 2022 by approximately 27%, which would translate to a reduction between $16 and $15,350, depending on the number of vehicles owned or operated by the company.

After the first comment period closed on Feb. 23, FMCSA contacted the UCR Plan and requested additional information to help the agency in decision making in response to the comments received. The UCR Plan provided the requested information, and FMCSA placed both its request and the UCR Plan’s response in the docket. FMCSA also received a request from the Owner-Operator Independent Drivers Association to reopen the comment period.

Comments can be made here through June 28.

The online review score was compiled from the average truck stop review data from Yelp, Google and Trip Advisor. The national monument vicinity score was calculated using Google Maps to find the total number of national parks/monuments within a 20-mile radius of the truck stop. The food offering score was calculated based on the quality of food offered, from only processed, shelf-stable snacks and drinks to fast food and independent restaurants. The amenities ranking takes into account various offerings, ranging from only public restrooms to 24-hour showers and a truck wash to laundromat and gym offerings, and more.

Finally, for the bonus category, Hale considered the score based on any unique, one-of-a-kind experiences a truck stop may offer.

Based on Hale’s ranking system, the top 15 truck stops are:

What truck stop would get your vote for the best out there? Weigh in via the comments below. 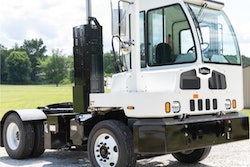 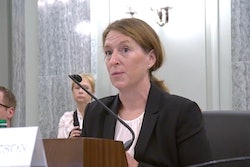 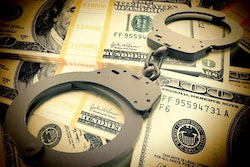