Alex Lockie
Sep 21, 2022
Rhode Island's truck-only tolls will soon be a thing of the past. But what will happen to the tens of millions raised unconstitutionally by the state?
By formulanone via Wikimedia Commons

Rhode Island's toll scheme directed at certain types of tractor-trailers was ruled unconstitutional by a federal court on Wednesday in a sound defeat for the state's attempt to make the trucking industry pay for the repair of its roads and bridges.

William E. Smith, the presiding U.S. District Court Judge, wrote in a colorful conclusion to the case that the country's smallest state since at least the 1980s had begrudged its reputation as little more than a "fast lane" to Cape Cod and other attractions in New England, and that the plan to tax trucks and only trucks was indeed discriminatory and illegal.

Rhode Island began collecting the tolls, which range from $2.25 to $9.50, in 2018 along I-95. The Rhode Island Department of Transportation, in a quarterly update earlier this summer, said it has been collecting tolls at 12 locations across the state, and that work to design a 13th location was still ongoing. RIDOT said on its website it had hoped to collect almost $45 million in tolls each year. The tolls themselves had been in the works since 2015.

The department noted that "revenues from active locations were consistent and on-target with projections" in the third fiscal quarter of the year.

Judge Smith nodded to the state's deep need for infrastructure funding and the several delays to the implementation of the tolls in his opinion, but ultimately sided with the American Trucking Associations, M&M Transport Services and Cumberland Farms, who filed suit in 2018.

“We told Rhode Island’s leaders from the start that their crazy scheme was not only discriminatory, but illegal,” said ATA President and CEO Chris Spear in a statement. “We’re pleased the court agreed. To any state looking to target our industry, you better bring your A-game ... because we’re not rolling over.”

The judge ruled that Rhode Island's plan violates the Constitution’s Commerce Clause by discriminating against out-of-state economic interests in order to favor in-state interests, and by designing the tolls in a way that "does not fairly approximate" in-state motorists' "use of the facilities under any relevant measurement."

"Because RhodeWorks," as the program had been named, "fails to fairly apportion its tolls among bridge users based on a fair approximation of their use of the bridges, was enacted with a discriminatory purpose, and is discriminatory in effect, the statute’s tolling regime is unconstitutional under the dormant Commerce Clause of the United States Constitution," Smith wrote in the ruling.

“It has been a long road to get to this point,” said Rhode Island Trucking Association President Chris Maxwell, “but this is a tremendous day for our industry -- not just here in Rhode Island, but across the country. Had we not prevailed, these tolls would have spread across the country, and this ruling sends a strong signal to other states that trucking is not to be targeted as a piggy bank.”

The Truckload Carriers Association also applauded the court's decision, noting that while it supports contributing to national infrastructure funds, it needs to be "through fair and consistent practices."

"We have supported ATA’s legal efforts throughout this case and applaud all those involved in securing this win for trucking," TCA added.

The Owner-Operator Independent Drivers Association hailed the decision, saying it has "always opposed these shortsighted schemes, which turn trucks into cash cows as a way of bankrolling dubious pet projects that have absolutely no connection with highway safety." The group added that it "will continue our nationwide fight against expanded tolling plans, especially ones that unfairly target commercial trucks."

During the trial, the judge heard from expert witnesses who testified that Rhode Island's program was unique in the country for only targeting trucks, and that Class 8 trucks only account for 3% of the total vehicle traffic on the tolled bridges, while passenger vehicles making up more than 90% of traffic there. "Transaction data demonstrate that approximately 19% of tolled vehicles are registered in Rhode Island, compared to about 81% of tolled vehicles registered outside the state," the judge wrote.

"As this ruling has just come out, our team is reviewing the decision and evaluating next steps," a spokesperson for Rhode Island Governor Dan McKee told the Providence Journal. McKee's spokesperson also made it clear the state wasn't considering tolls on passenger vehicles, and that the state's General Assembly had barred them.

As for what happens to the tolls collected from 2018 to now, that money is gone. "The judge’s ruling does not require repayment," RIDOT spokesman Charles St. Martin III said via email. "Total billable revenue through August 2022 is $101 million."

Overdrive has reached out to the governor's office and will update this story with any further comment. 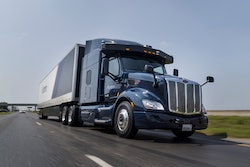 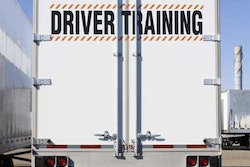 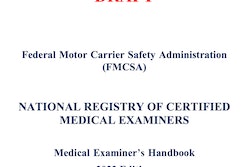 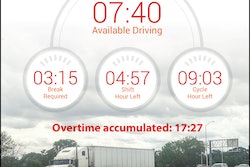