“Kudos to the council in the face of nearly total opposition from the audience,” said Joe Rajkovacz of the Western States Trucking Association in the wee hours of Friday, December 21, as after a Jurupa Valley, Calif., city council meeting that dragged on for upward of five hours, the council voted 3-1, with one abstention, to settle appeals to the city’s planning commission’s approval of a new Pilot Flying J truck stop in the city’s limits.

Jurupa Valley, due Northwest of Riverside, Calif., and Southeast of Ontario, had heard public testimony from those opposed to and in favor of the planned truck stop, to be located near the intersection of I-15 and state route 60 in the town. (The planned site is also not far from where I-15 and I-10 meet.) A mere three individuals, Rajkovacz said, spoke in favor of the truck stop, but it nonetheless prevailed and has the city’s blessing to move forward in spite of strong opposition.

The planned stop received approval of the city’s planning commission last month, but following the growing activity of opposed groups citing environmental concerns, the Council had agreed to hear appeals to the planning commission’s go-ahead for the build at the December 20 meeting, beginning at 7 p.m. and extending well into the wee hours at City Hall in Jurupa Valley.

Both interests in support of the stop and those against were active encouraging citizens to show up and speak up at the council meeting. Rajkovacz spoke in support of it to ameliorate the need for viable parking options in the area, one that’s seen a sizable increase in distribution-center activity in recent history.

Among those who spoke against the truck stop were what Rajkovacz called “environmental justice” groups whose message he interpreted as that diesel exhaust “is killing us,” he said.

He’s seen similar “play out many times over the years” in Southern California and elsewhere around the state. This particular hearing also included high-school students speaking against the stop, with school board members there to support them.

One speaker opposed to the stop had collected police and emergency-response calls to truck stops in the region and submitted them as evidence, Rajkovacz says, the implication made explicit that “trucks bring crime. The mayor looked closely at the report and discovered just a handful were actually for criminal activity. The vast majority were either a traffic accident or health issue response.”

Again, a familiar dynamic not only in California but all around the nation, as has been reported in past. But ultimately, Rajkovacz underscored, the result here held a decidedly different character altogether for him. After the vote came down in favor of allowing the truck stop to proceed, he noted there’s apparently a first time for everything. “Never saw this happen before,” he said. 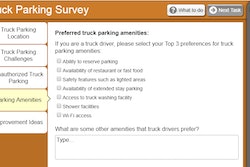 TxDOT moves on truck-parking survey, workshop series throughout the state 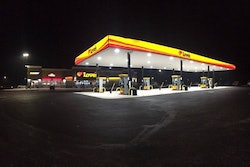 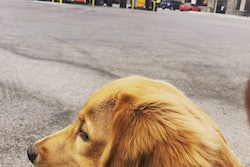