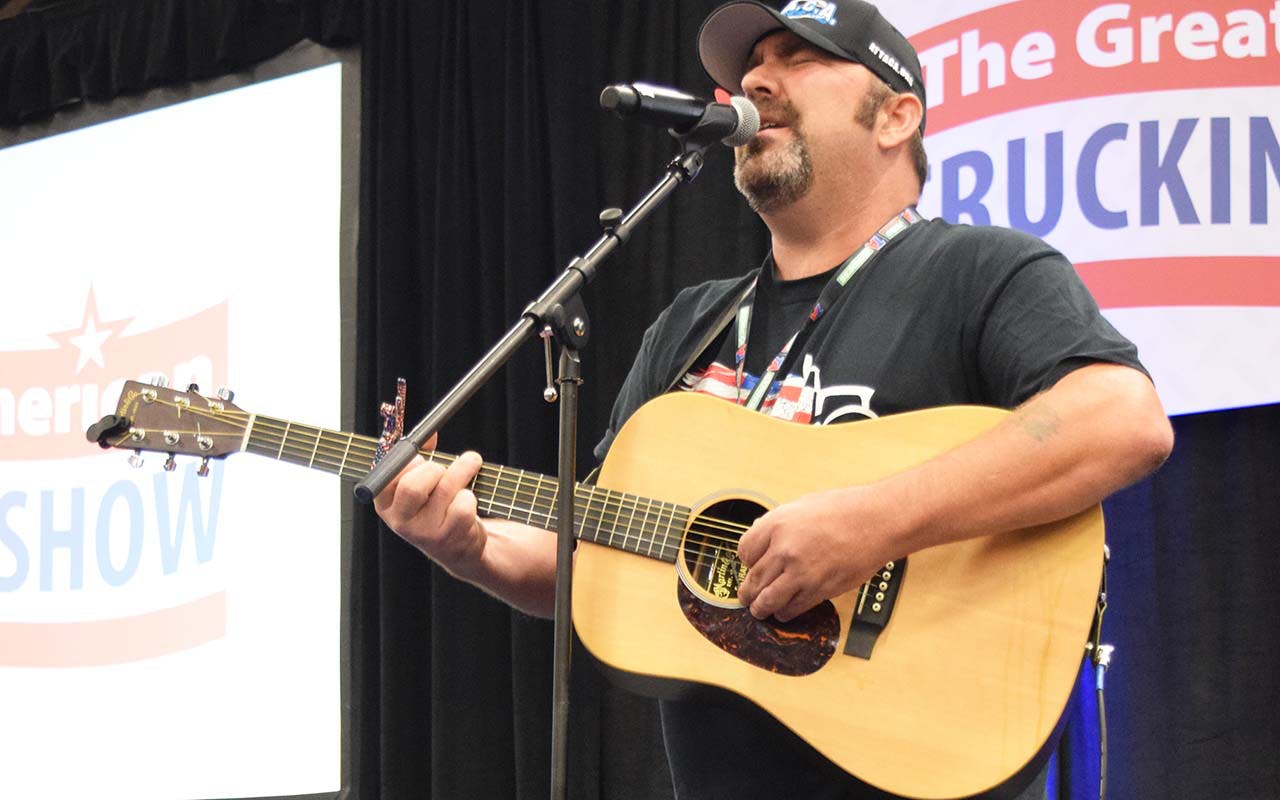 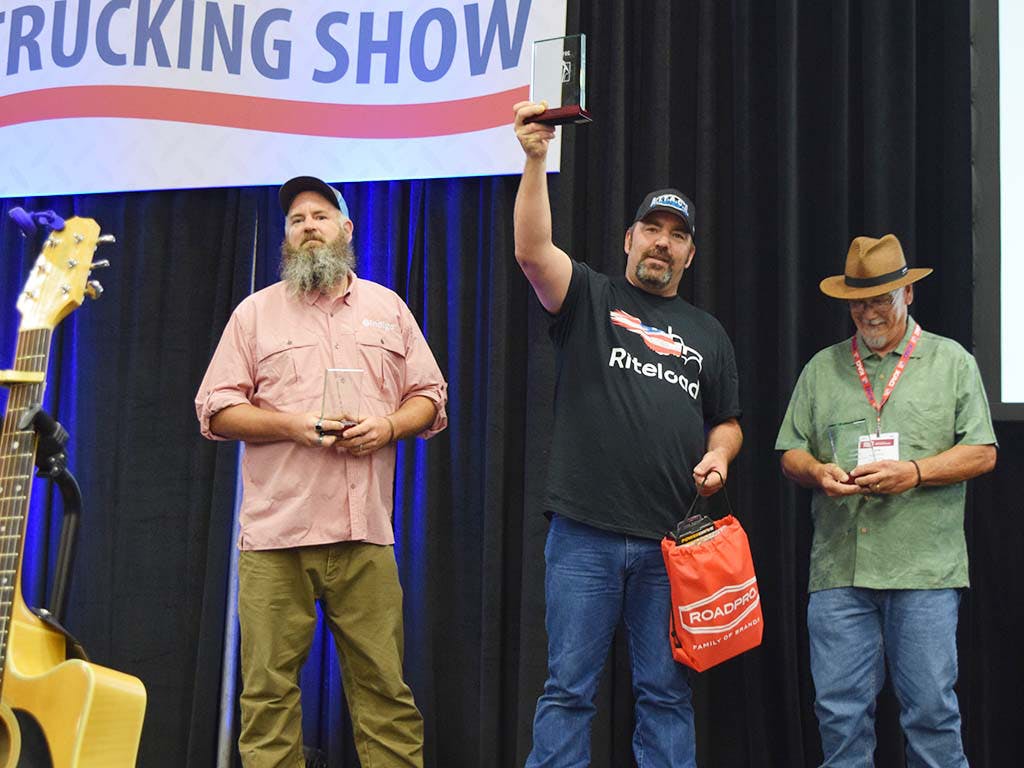 Barker, who leases his 2010 Peterbilt 386 to Heniff Transport, played the Zane Williams song “While I Was Away,” about a father who stays gone from home and returns to see his son more grown than when he left. In winning the contest, Barker will receive a free recording session in Nashville, Tennessee. He’ll also be featured in the October issue of Overdrive.

“I’m blown away,” Barker said after the contest concluded. And in a nod to his the other two contest finalists, Ken Freeman and Jason Henley: “How do you compete against these guys?”

Freeman played an original, “Rainy Days,” which he wrote 8 months ago for his wife. Henley played his original “Nebraska Drop n Hook.” Freeman, a resident of Centreville, Mississippi, is a company driver for Transport Service Company. Henley drives for Indigo Fluids. He lives in Jemison, Alabama.

You can see live video of the contest’s finale at this link, or at the bottom of this post.

This was the contest’s sixth year. More than 50 Overdrive readers submitted video nominations into the contest, and a panel of judges narrowed those entries to 10 finalists. Those 10 were then narrowed to the three finalists, who were brought to Dallas this week for the finale at GATS. 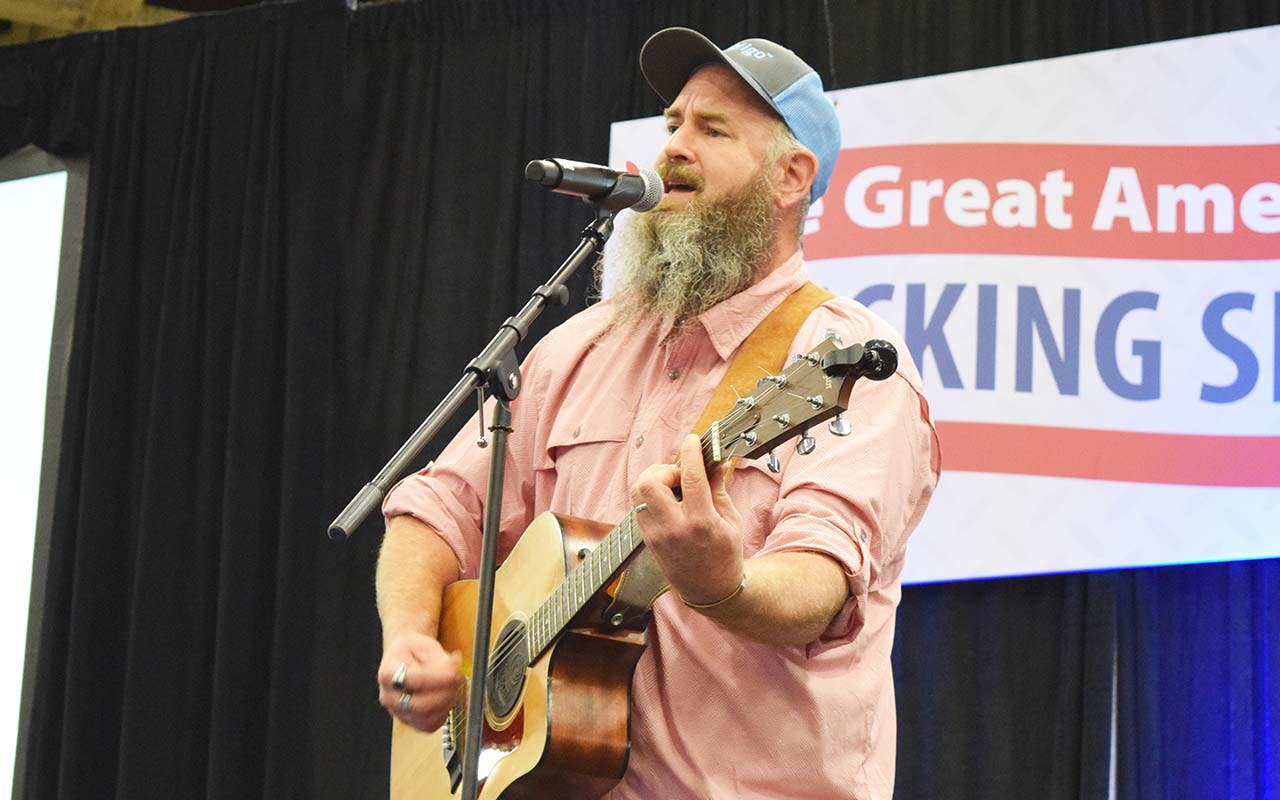 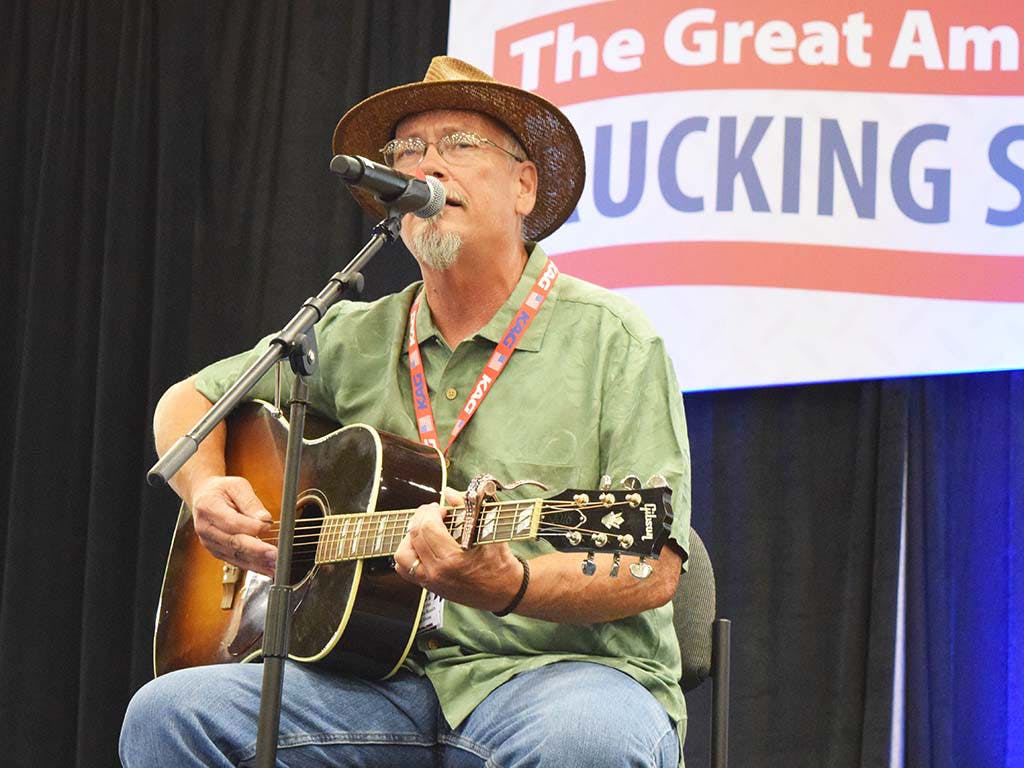 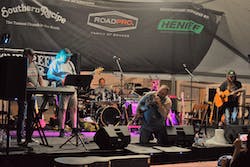 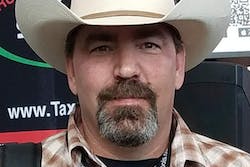 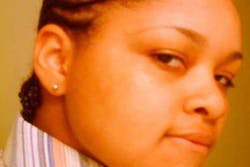