'Bandit,' an unlikely hit of a trucker outfoxing a bumbling sheriff, endures as cult favorite

Updated May 24, 2021 to as part of Overdrive's 2021 60th-anniversary series of lookback coverage of trucking history, and that of the magazine itself.

Four years ago this week, the classic movie "Smokey and the Bandit" was celebrating the 40th anniversary of its debut. Overdrive paid homage to the movie, also noting the magazine's visibly supportive role.

A surprise hit in 1977, "Bandit" has sustained a cult following, as evidenced in recent years by related stories in Overdrive and elsewhere. Among the highlights:

* One of the many 40th anniversary events was a recreation of the film's famous Mulberry Bridge jump.

* Memorabilia from the "Bandit" filming fetched big bucks at a 2014 Las Vegas auction, including a very handsome price for the 1977 T-Top Pontiac TransAm driven by Burt Reynolds, the Bandit.

* Reynolds was remembered by Overdrive at his death in 2018.

* The CMT network in 2016 produced a two-hour documentary, "The Bandit," about the making of the movie, focusing on Reynolds and his friend and stunt-double Hal Needham:

* And Overdrive's story at the 40th anniversary in May, 2017, about its role in the movie's production, including photos from the filming:

When ‘Bandit’ debuted, the Force was with it – and still is

With all the “Smokey and the Bandit” anniversary events going on next month, I can’t resist a little bragging on Overdrive’s minor role in the movie.

The legendary romp was released 40 years ago, May 27, 1977. The May 1977 Overdrive devoted six pages to a preview, highlighting in part Overdrive’s involvement, notably the inclusion of a truck race banner bearing its name.

The unsigned article notes that many of the trucks in the race scene bear Independent Truckers Association decals. ITA was one of the organizations formed by Overdrive founder Mike Parkhurst to provide benefits for owner-operators or to represent them politically.

The article concludes by saying the movie debuts that month, “so you better be prepared to see it when it opens or you may not get another chance until it hits the boob tube.” It sounds like the writer, and probably everyone else, little suspected how popular the movie would be then – it was the second-highest grossing film that year, trailing only the original “Star Wars” – and in the decades to come.

Here are some photos from Overdrive’s 1977 article: 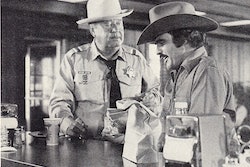 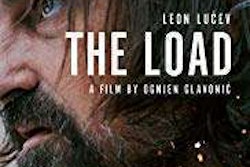 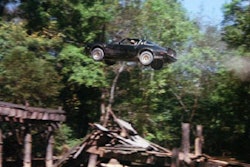