An entrepreneurial spirit and a gifted wife have helped owner-operator Phil Raboin create multiple revenue streams and bolster the strength of his trucking business.

Phil Raboin owns and operates more than just his 2000 Kenworth W900L. With the help of his wife, Carol, he runs a beauty salon, gift shop, massage therapy center and dog grooming shop in a converted bank building the couple bought two years ago near their Hill City, Kan., residence. Raboin has learned to oversee day-to-day operations of those businesses from the road because he never knows when he’ll be home next.

“I never turn down a load,” says Raboin, who hauls dry freight in 48 states for Roehl Transport.

When he became an owner-operator five years ago, he assessed the cost of deadheading to Hill City, 350 miles west of the nearest Roehl terminal in Kansas City, Kan., for regular visits home. By managing his hours closely, and with strategic help from his fleet manager Rick Long, he is sometimes able to stop over for the night. Long says he tries to give Raboin a westbound load that allows him time to go home every few weeks.

“I can hear it in their voice when one of my owner-operators needs to go home,” says Long, who has a knack for keeping them happy. Raboin attributes much of his trucking success to Long’s skill at coordinating loads and minimizing deadhead miles.

Long says Raboin helps him out, too, by accepting a wide variety of loads, including many eastbound hauls that other drivers wouldn’t touch. That willingness helped Raboin earn $82,500 trucking last year.

“You can’t put restrictions on what freight you haul or where you go, because if you do, you narrow the scope of how much freight you get and how many miles you get,” says Raboin, who aims to drive at least 12,000 miles a month. To increase his miles and make sure he’s always on time, Raboin carries fresh fruit and doesn’t stop for lunch.

Long and Raboin have worked together since he became an owner-operator with the company, though they have been acquainted much longer. Before he was an owner-operator, he drove a company truck for Roehl for nine years.

Raboin’s early jobs were in car dealerships, where he was a mechanic and later a service manager, while his girlfriend, Carol Scott, managed a country club. After more than 20 years in those lines of work, the couple decided it was time for a change.

“He was used up and frustrated, and we both worked long hours,” Carol says. “By the time we got to date night, I’d fall asleep on him.”

The two loved to travel and wanted to spend more time together, so when Carol suggested driving school for both of them, “we just decided to go for it,” Phil says.

“We used to laugh and say we were professional tourists,” Carol says of the time they spent as team drivers. “But the first six months were hard, in some ways. We fought over 6 inches of space. I had to have my hot rollers and he had to have his dumbbell weights. Finally we got rid of both.”

The couple drove team four years, until an injury in 2000 made Carol unable to spend long hours in a truck. Now, she helps manage the home businesses while he is away. She says their time on the road together taught them how to cooperate, so working together long-distance now is easier.

Phil says using the converted bank building was one of Carol’s good ideas. She had always loved the building, so when it was scheduled to be torn down for scrap, she convinced Phil they should buy it and make something of it. “She always has these visions of how she wants things and generally they turn out absolutely beautiful,” he says.

In the two years since the businesses opened, the Raboins have begun to recoup their initial investment. They plan to live on the income those businesses bring after Phil retires from trucking.

Still, his business aspirations are far from fulfilled. In the near future, he and Carol plan to open an ice cream shop and bakery in what little empty space there is left in the bank building. And Phil’s dream is to own and operate his own small fleet. He plans to build its headquarters on the 12-acre lot where he lives and model it after Roehl.

“You don’t get anything in reality if you don’t have a dream,” he says. n

THE RABOINS’ HOME was built in the 1970s by an oil speculator, when Hill City was an oil boom town. Legend has it that the speculator earned and lost his fortune seven times before Phil Raboin got the house for a steal. Phil’s best friend Ken Medlin says, “It’s like something out of Better Homes and Gardens.” The sprawling house sits on 12 acres and has a billiard room.

PHIL RABOIN in 1998 received the Automotive Service Excellence certification, which covers all areas of automotive and heavy-duty truck maintenance. It took him seven years to complete the rigorous program. His goal? “To prove that I was the best,” Raboin says.

2005 Leased to Roehl as an owner-operator

2008 Bought an old bank building in Hill City, Kan., and opened businesses inside

To listen to Phil Raboin’s career highlights, go to videos on www.OverdriveOnline.com. 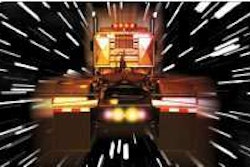 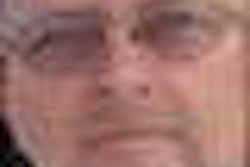 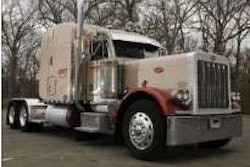 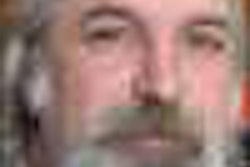