“It’s a great feeling when you’re hauling something like mail. It’s that one thing everyone is waiting for, news from home or a care package. To have that opportunity to bring that kind of moral boost is a real honor.”

Your Pulse column [June 2010] underscores a basic irony about intermodal equipment providers who are now required by law to provide safe chassis and containers to drivers. As a drayer who hauls solely for the Port of Savannah, Ga., I witness daily infractions in the new rules: In short, it is a total train wreck in Savannah.

Despite laws requiring them, driver vehicle inspection reports for chassis at the port are mentioned by no one. The status quo continues: Bring a chassis in, open the doors and close them after the checker sees it. Unlatch the box from the chassis and head for the stack to have the box removed. To top that, two major steam-shipping companies have pulled out, most likely because of high maintenance required on chassis.

The chassis pool is pathetic. Ninety-eight percent of the chassis need lights, tires and up-to-date FMCSA inspections. Drivers are forced to fix their own lights to get the box out or hunt another driver for a chassis to drop that is roadworthy. The maintenance and roadability lines – where damaged boxes are taken for removal or repair – are so long that drayers are often still waiting for service at 5 p.m., when the service closes. Many boxes don’t move in or out because of the long lines. Drivers avoid these lines at all cost.

Port Authority police harass drivers in the maintenance lines for, police say, blocking access roads, all of which is exacerbated by construction and repaving. New officers at two gate entrances threaten to confiscate TWIC cards if you don’t respond to them quickly enough.

These difficulties need to come to light because Savannah is a large seaport. Meanwhile, drivers are forced to carry the burden of providers’ failures to provide safe chassis.

What is your worst bottleneck?

“Atlanta – on 285. Tons of traffic. Crazy drivers. Accidents there every day. It gets backed up for miles.”

“I-35 in Dallas in the mornings and the evenings is about the worst traffic I’ve seen. I don’t know what they need to do with it. There’s always a wreck, and when there is, the traffic just sits down.”

“I-285 in Atlanta is about as bad as it gets. I get stuck in traffic there all the time.”

“Going out of Baton Rouge, when you hit I-12 East. For one, there’s construction. Two, too much traffic and not enough road.”

“Metro areas where mass transit can be utilized. Third lane restrictions for trucks.” 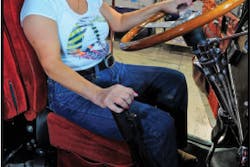 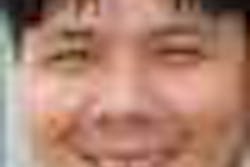 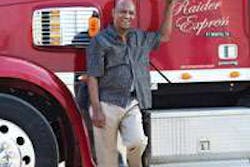 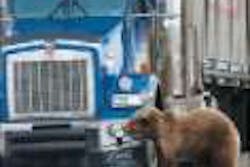