I refuse to pay an idling fine I received recently at Hunts Point Market in New York City. Though seemingly not so to authorities, my 2010 tractor is clean-air compliant. Reefers are allowed to spew pollution and noise, yet I wasn’t allowed to sleep or idle on a day when the temperature was 100 degrees.

I am fed up with the city’s unfair policy. I vow to shut off every running reefer trailer until I get this law altered or changed. I plan not to waste time at a scheduled hearing, for I’d rather be fined and imprisoned.

The day that one of the drivers leaves the market exhausted from being unable to sleep in a 125-degree cab and inadvertently kills someone will be a tragedy. Then maybe these unfair no-idling laws will be changed.

Some of the millions of dollars tied up in the federal government’s rulemaking and enforcement should be used instead to build truck parking facilities. As a retired trucker who drove 4 million safe miles, I am familiar with the dilemma truckers face: Often they are forced to drive when they are out of hours because of two-hour parking restrictions or because rest areas are full.

It’s illegal to park by the roadside and on exit ramps. Many times, truck stops are full by afternoon, and most shopping malls prohibit truck parking.

Everyone’s lives are at risk when truckers are forced to keep driving for want of parking spaces. Yet, this dearth persists with no government accountability.

“It was his life… When we went on vacation, he always wanted to drive.”

— In the Denver Post, Lyle Bontrager describes his father, 74-year-old Maynard Bontrager, who had driven nearly 5 million safe miles until he hit a bison on U.S. 36 near Byers, Co., at night and was killed.

What are the most unfair fines or warnings you’ve had?

“I got a ticket for talking on my cell phone when all I did was pick it up to check the time. I have records showing I did not use the phone during the time I was stopped. I’m still waiting to go to court to fight this.”

“I was given a ticket for following too closely after I moved over a lane due to a police officer being on the shoulder of the road.”

“All the ones I’ve had were fair for the most part. I haven’t gotten many, though. I keep my truck up. In the morning I get up and inspect it just like a DOT officer would – I check the tires and the lights and all of it.”

Leased to Will Transport | Greenville, Miss.

“Wrong lane violation – a lane restriction ticket. I was in Texas, and the ticket was $500. A car in front of me hit its brakes, and I went around it. That’s when the officer came and pulled me over. I was just trying to avoid getting in an accident.”

“Lane changing in California. I had to pay about $300 for that. Cars don’t let you over, and you can’t just blow your horn and force your way into the lane: You’ll cause an accident. You have to wait for your chance. By that time, sometimes, it’s too late, and an officer’s waiting right there to pull you over.”

Find us at Overdrive Magazine twitter.com/overdriveupdate 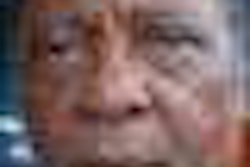 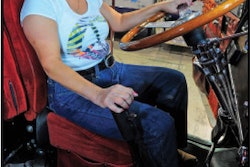 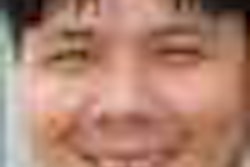 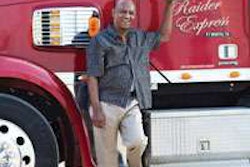