We’ve written about trucking’s competitors — from all the attention railroads get on Capitol Hill to those nifty cargo bikes eating into local delivery drivers’ payloads. The newest competitor may be the well-equipped pedestrian. The Super Power Pusher, says maker NuStar, “has the muscle to roll loads up to 150,000 lbs.” Now if NuStar could just stick a fifth wheel on the Pusher …

“ There has never been a driver shortage.

There never will be a driver shortage. … If someone cannot find a driver to deliver a load at the rate they want it delivered at, they whine ‘driver shortage.’ I want to buy a new Cadillac for $10,000. They would not sell it to me. Hmm, must be a Cadillac shortage. ”

— Marathon Trucker blogger Jeff Clark (truckersnews.com), responding to the “Oh driver where are thou?” post to the Channel 19 blog.

Coffee with a kick

Try a few cups of a brew from Murfreesboro, Tenn., roaster Just Love Coffee, and know a portion of the purchase price went to helping a fellow hauler in a medical emergency. To do that, buy via the St. Christopher Truckers Development & Relief Fund online storefront (justlovecoffee.com/stchristopherfund). Purchase of the “Silence Speaks” blend comes with a debut CD from Tonecrash recording artist Tyrus Morgan, who also is board vice president for the fund.

A new place for a book signing

It’s not that unusual for a novelist to bring truckers into the story, but it is for the author to bring the novel itself to truckers. Barbara Richardson did just that with her debut Guest House novel. A main character is a local delivery driver, formerly a long-hauler, struggling to maintain a connection to his son. “I decided to take [the book] to the people who populate it,” Richardson says. Making three stops in the West, she read to drivers at truck stops, sold and signed books, and offered free audio versions of the first chapter on CD. You can read/listen to the first chapter of her novel at barbarakrichardson.com.

How about that spoiler!

Ed O’Connor, Baylor Trucking-leased owner-operator out of Lafayette, Tenn., had perhaps the most unusual hood ornament among competing trucks at the inaugural Chrome & Class Truck Show at the Nashville location of Rush Truck Centers. The model Texaco plane custom-fitted to the hood of his 2003 Peterbilt 379 set him apart from among almost 40 trucks. An aviation enthusiast working to obtain a pilot’s license, O’Connor flew away with a 3rd in Working Tractor. For photos and complete results, see the Oct. 19 entry on the Channel 19 blog. 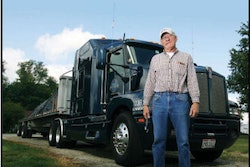 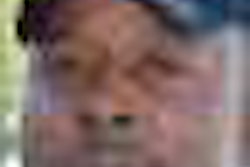 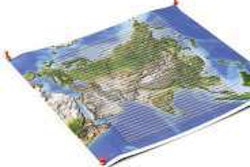 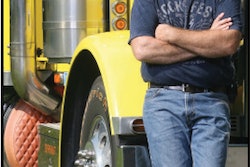