Jamey Johnson will perform in a free concert for truckers sponsored by Mobil Delvac in Dallas. His latest release, Guitar Song, is available at jameyjohnson.com.

Rolling Stone called him heir to Waylon Jennings and Merle Haggard, and that only begins to describe him. Mixing funk with a hard-bitten Outlaw Country style — “It might be lonely at the top, but it’s a bitch at the bottom,” runs a line from his Black Album — Jamey Johnson brings Alabama honky-tonk roots and Nashville swagger to the Great American Trucking Show in Dallas Friday, Aug. 26, in a concert free to CDL holders. Tickets will be available from 9 a.m. same day on a first-come, first-served basis at Mobil Delvac’s tent in the lobby. More information: GATSonline.com.

Another dame on the Dalton

The latest season of the History Channel’s “Ice Road Truckers” franchise brings stars of last fall’s Himalayan adventure – Rick Yemm, Lisa Kelly, Alex Debogorski and Dave Redmon – back to North America. They’re squaring off with others in what the History Channel was promoting as a U.S. v. Canada duel, with U.S. drivers on Alaska’s Dalton Highway and Canadian haulers running the Manitoba ice roads. There’s a new competitor: ice-road rookie Maya Sieber, a New Yorker with a passion for big rigs (pictured, left, with Kelly) and plenty of pluck to give the vets a run for their money. The show premiered June 5 and airs Sundays at 9 p.m. Eastern and Pacific.

TIP: STOP AT THE TOP

For layovers, fuel-conscious operators try to avoid rest areas and truck stops situated in valleys, stopping whenever possible on hilltops or level ground. If you have to take a steep grade coming out of a truck stop compared to going downhill, the cost of getting up to speed can amount to several dollars.

The Partners in Business program is produced by Overdrive and the owner-operator consultants at ATBS, and is sponsored by Freightliner Trucks. Get a copy of the new 2011-12 edition of the PIB manual for owner-operators at the PIB seminar 2-4 p.m. Friday, Aug. 26, during the Great American Trucking Show in Dallas, or order a copy via piblive.com.

After near miss, a direct hit

Ozark Mountain Leasing driver Todd Arnold and his wife, Jamie, missed by hours the tornado that devastated the Glade Spring, Va., TA Petro on I-81 this spring only to take a direct hit in their Freightliner Cascadia in Joplin, Mo., weeks later. The Cascadia emerged as one of just five or six rigs at the Pilot Flying J on I-44 that could be driven out, which was not the case for the rigs in these pictures, taken by Todd Arnold in the storm’s aftermath. No serious injuries were reported at the truck stop, Arnold says. Read his harrowing account and related reporting in the May 23 and 24 entries to the Channel 19 blog, which links to organizations in local recovery efforts.

Truckers say no to human freight

Coinciding with the Mexican bust of two trailer-loads of would-be migrants to the U.S. in early May, Truckers Against Trafficking announced an initiative that shows headway made on the international issue of human smuggling. Chapter 61 Ministries, which formed the TAT group and also operates mobile chapels (pictured) via the Transport for Christ effort, is expanding its educational outreach. Training materials are being provided to TravelCenters of America to educate its workforce and help raise awareness about TAT’s key issues. Find links to the organization’s website and more about the initiative in the May 20 blog post.

That’s no CB you hear squawking

A flock of geese has been grabbing the attention of drivers stopping at the Ft. Bridger, Wyo., TA on I-80. This photo, taken by Robinson Transport driver Bob McGilvray, was sent to Overdrive sister mag Truckers News’ monthly photo challenge in December. Another, taken three months later, was a runner-up in March’s challenge. The photographer, Yvonne Allen, runs with her husband, leased to Landstar Ranger. “I’ve seen birds begging for food at truck stops before, but these geese were a first,” she said. “They were not afraid of the big trucks or the noise.” Truckers News’ challenge this month asks for driver photos on the theme of “summer.” Find links to the magazine’s Flickr.com group, where it hosts the contests, in the May 19 entry on the blog.

Meditation isn’t a complicated practice mastered only by a few. Approached methodically, meditation can reduce stress and increase a sense of well-being for anyone, says Elizabeth Harper, a nurse, yoga instructor and author of “Wishing: How to Fulfill Your Heart’s Desires.”

Meditation can reduce blood pressure, cholesterol, pain and depression. It also can improve concentration, sleep and immunity to infection. Try integrating meditation into your pre-driving routine, and repeat whenever possible:

1. Sit upright in a comfortable position and close your eyes.

2. Empty your lungs, then take a deep breath through your nose and into your belly. Hold this breath for a few seconds and then breathe out through your mouth. Deep breathing will help you relax and go deeper into meditation.

3. Focus on a sound or on your breath. Your breathing should normalize as you begin to feel a sense of peace.

After 18 years out of the water, Indiana resident Siphiwe Baleka could no longer resist a first love: competitive swimming. “It was something I decided: Let me see if I can be a long-haul truck driver and compete,” says Baleka, who sought out YMCAs for his training.

Leased to Prime Inc., the owner-operator won championships at the 2011 U.S. Masters Swimming Spring Nationals in Mesa, Ariz., on April 29. Baleka, 40, placed first in both the 50- and 100-yard freestyle events.

At 10, Baleka was already a champion swimmer in his home state, Illinois. In addition to playing multiple sports as a teen, he competed nationally in swimming. In college, he was on Yale University’s swim team.

Taking initative is not unsual for Baleka, who changed his name from Tony Blake several years ago after he renewed ties to his African heritage. Consulting firm Fitness Trucking (fitnesstrucking.com), which he started last year, offers advice on nutrition, exercise and weight-loss plans for long-haul drivers. “For most truck drivers to be successful in any kind of nutrition or fitness program, it has to be convenient and it has to take little time,” he says. “What I teach most truck drivers is how to do a workout right outside of your truck, because you can do that anywhere.”

For starters, Baleka says, replace soda with water, eat every three hours so the body’s metabolism doesn’t slow down, and exercise at least 15 minutes a day.

Fine particulate matter emissions from traffic congestion in the nation’s 83 largest urban areas led to more than 2,200 premature deaths last year and $18 billion in costs. The estimates were made by Harvard University’s School of Public Health. Fewer people are dying prematurely in recent years, the researchers say, due to more low-emission vehicles on the roads. Of the cities studied, Raleigh, N.C., is expected to experience the biggest rise in traffic congestion – 54 percent – in the next 20 years.

Spot market rates for reefer segments gained 19 cents from April to May, an increase analysts attribute in part to seasonal produce demand. Dry van rates rose 6 cents and flatbed increased 3 cents during the same period, according to Internet Truckstop. In mid-May, freight capacity reached its highest volume for one week in the last six months, TransCore says.

A Mack on a mission

What’s 15 feet long, seven feet high and upward of 2,000 pounds heavy? The Mack Pinnacle tractor leading State Farm’s Spring “Agents on a Mission” tour for the Cars 2 movie surely beat those dimensions when it stopped in Allentown, Pa., to show off life-size models of three of the film’s main characters. Lightning McQueen, Mater and British super spy Finn McMissile were quite the attraction at Mack’s Allentown Customer Center for dealers, customers, local leaders and their families. The Pinnacle subsequently took the tour to Los Angeles for the film’s red-carpet premiere on June 18, stopping in more than two dozen U.S. cities.

Centerville, Kan., resident Bob Morse says he “never expected to own something like this” 2010 Peterbilt 389. He’s talking about all the aftermarket work he and his son, Levi, put into the truck. After a few lights and new exhaust pipes, Morse says “it just kind of took off and became a working show truck.” Named after a friend, Molly is equipped with a 550-hp Cummins and an 18-speed transmission, hauling general freight nationwide.

This sand and stone hauler pierces the darkness with more than 160 lights, says owner-operator Randy Johnson of Cambridge, Md. He bought this 2005 Kenworth W900L, equipped with a 625-hp Caterpillar and 18-speed transmission, in 2009. Johnson has been working the concrete and stone yards for more than 20 years with his company, Dorchester Dumpin’.

Will Work for Chrome

This 2005 Kenworth W900B, owned by Wally Austin of Bradford, Ohio, is powered by a 430-hp Caterpillar and an 8-speed transmission. The interior shows hardwood flooring and chrome gauges, air-conditioning vents and upholstery buttons. Austin says the truck hauls asphalt and stone for road projects “and looks good doing it.” 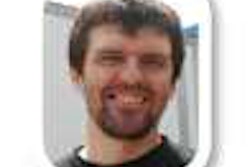 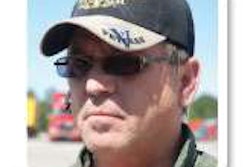 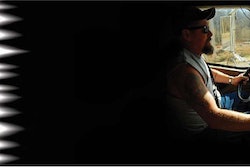 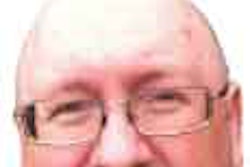