Today, President Obama unveiled some details of a multipronged approach to the ongoing disarray and violence in Iraq reaching a recent crisis point and following an official end to U.S.-involved conflict in the country. While the approach did take a few of the options outlined in Overdrive‘s own polling on the issue (see above), the President stopped short of committing to air strikes, which the Iraqi government have requested in recent weeks. He didn’t, however, rule out that possibility — ground troops, however, he said, were out of the question.

Just more than half of poll respondents favored another approach altogether, as the poll shows. “Keep our nose out of it,” wrote Glenn Hicks, commenting on Overdrive‘s Facebook page. “We have caused enough trouble in the area by butting in. It’s not, nor has it ever been, our problem.”

The group threatening stability in Iraq today, the so-called Islamic State of Iraq in the Levant, also has aims in neighboring Syria. In 2013, as some factions in the U.S. goverment urged involvement in the then- and still-ongoing Syrian civil war, the percentage urging no involvement there was even higher, at almost 6 in 10 favoring no involvement. 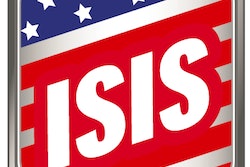 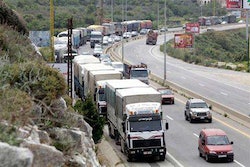 POLL: What role should the U.S. play in Iraq crisis?